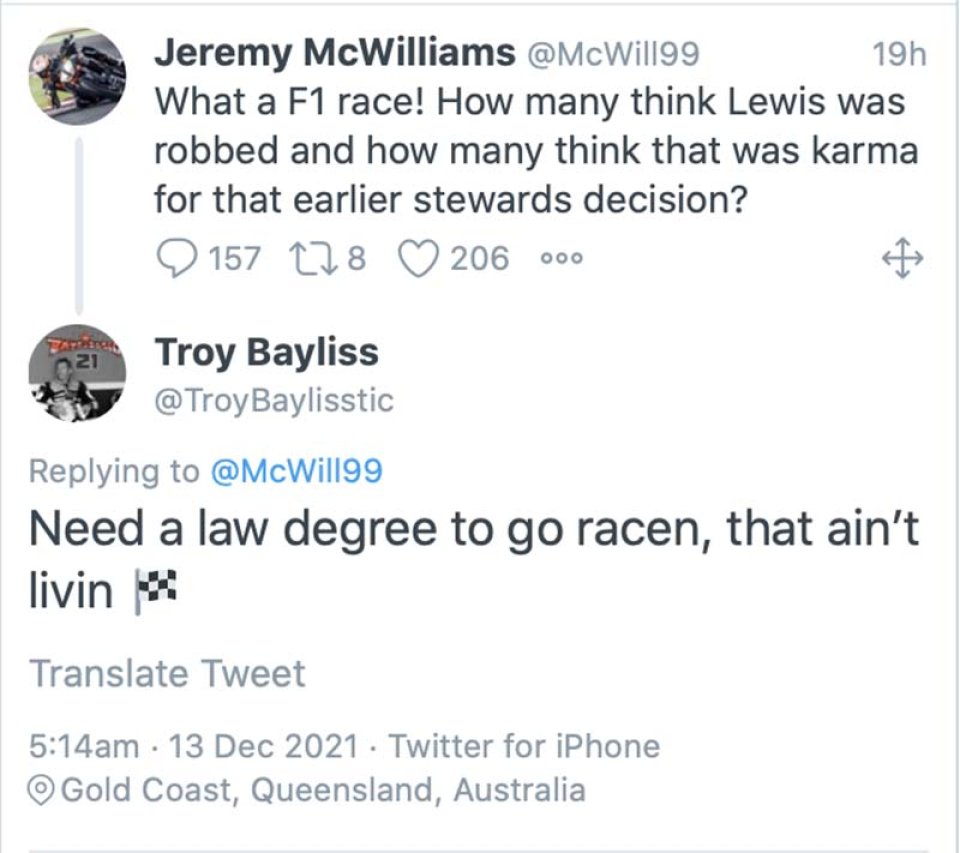 The most beautiful tweet, after the events of Abu Dhabi, where the F.1 world championship was awarded after a controversial final to Max Verstappen, who on the last lap after the safety car passed Lewis Hamilton after vaer mounted soft tires, is the exchange of jokes between Jeremy McWilliams and Troy Bayliss.

"What a F1 race! How many think Lewis was robbed and how many think that was karma for that earlier stewards decision?", asked 'Jezza' referring to Hamilton's straight line in the very early stages of the race.

"You need a law degree to go racing, that's not living"