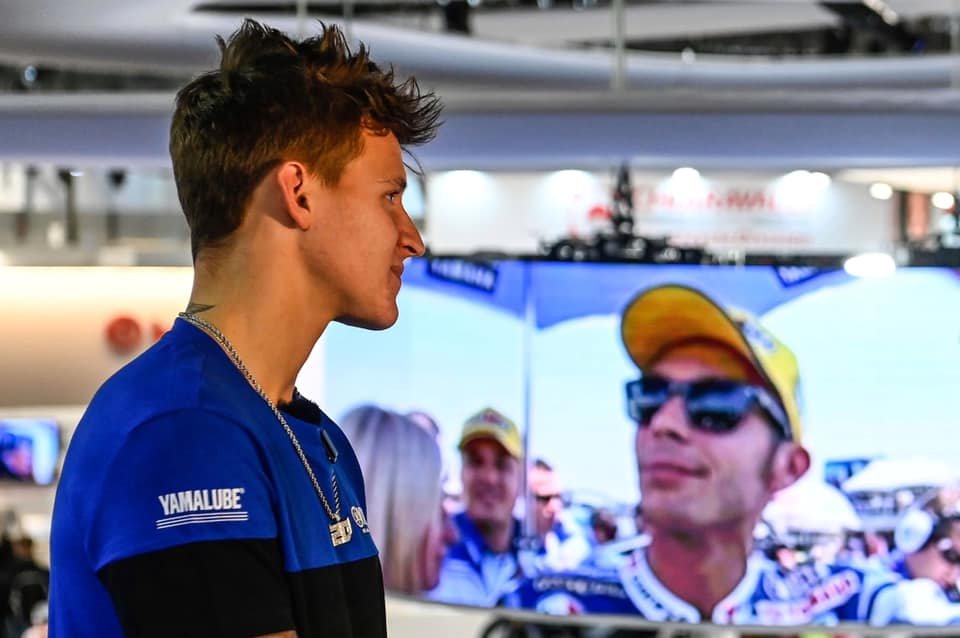 The last day at EICMA was a tribute to Fabio Quartararo, star of a triumphal 2021, to say the least. A veritable swarm of crowds awaited the new world champion at Rho Fiera Milano, who was guest at the Yamaha stand, where he took photos with fans who came to see him up close and signed autographs.

Fabio soke  with them, revealing his dreams and goals for the future.

Meanwhile,  with Christmas just around the corner, “El Diablo” already knows what he hopes to find under the tree.

“Let’s say some more horsepower would be a perfect gift,” he said. “But I already unwrapped my gift, that is, the World title. It’s something that changes your life. I think that, along with the team, we’ve done a great job getting the title, which was the goal for this season. This milestone confirms what we’ve achieved and, at the same time, our ambitions for next year.”

They obviously have to beat Ducati.

“Ducati has proven to be competitive, and we’ll have to rise to the occasion. They have a bike with a sensational engine, but our M1 can rely on a great frame and many other aspects that have proved decisive during 2021. We hope to, however, further progress in view of the upcoming tests, since the last ones didn’t go very well but, in Japan, they know what to do and where to intervene and, consequently, I’m confident.”

“In recent years with Yamaha, we’ve always improved, and there’s an excellent relationship between us. I also have to work hard to be ready for next year, with the goal to prove myself.”