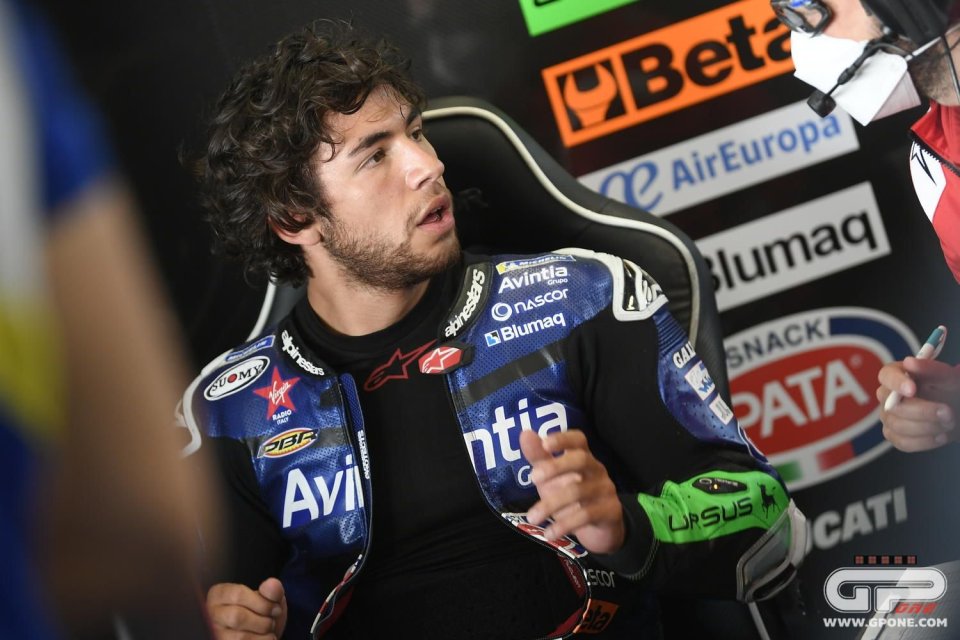 In some ways Enea Bastianini's weekend reflects the ups and downs of Portimao. Despite not going through to Q2, the glass is to be considered half full by the Italian. Waiting for him on Sunday, however, will be a race he will have to tackle with a knife between his teeth, as happened exactly two weeks ago in Misano, when he was forced to start from the back.

However, the Avintia rider is fully aware of his own qualities and as a result wants to go on the attack from the start.

“Unfortunately today I was unable to get into Q2 - said Enea - the lap time was good, but Zarco and Lecuona did better than me. During the day I had to work on the set-up, as I didn't have the feelings I wanted to get straight to Q2. All in all, I think my pace is not bad, although we still need to understand a few things for the race. This is certainly not my true potential, considering, among other things, the weekend of last April ".

Bastianini then said he has to take some of the blame for the way he is facing the weekend.

“Unfortunately I lost too much time trying to be fast right away, this has already happened before and in the future it mustn’t happen again in 2022”.

Meanwhile, a lot of observers are dreaming of a Misano-style weekend from him.

“That weekend was different, as we only found it dry on Sunday, arriving in the race blind. The fact, as I said before, is that we take too long to find the right competitiveness and so we have to understand why. I am a rider who needs to make some adjustments. In Valencia I will have to try to speed this up, even if I remain confident for tomorrow's race ”.

On this topic, some time ago Luca Marini pointed out the limited amount of resources within the team.

“We can do better, even if I still don't know what to change for 2022. As for next year I'll think about it, working on myself”.

One final consideration was for Casey Stoner.

“Unfortunately this weekend he is in the official Ducati garage, even though I still got to speak with him yesterday. I hope to see him again today, because I have so many things to ask him ”.