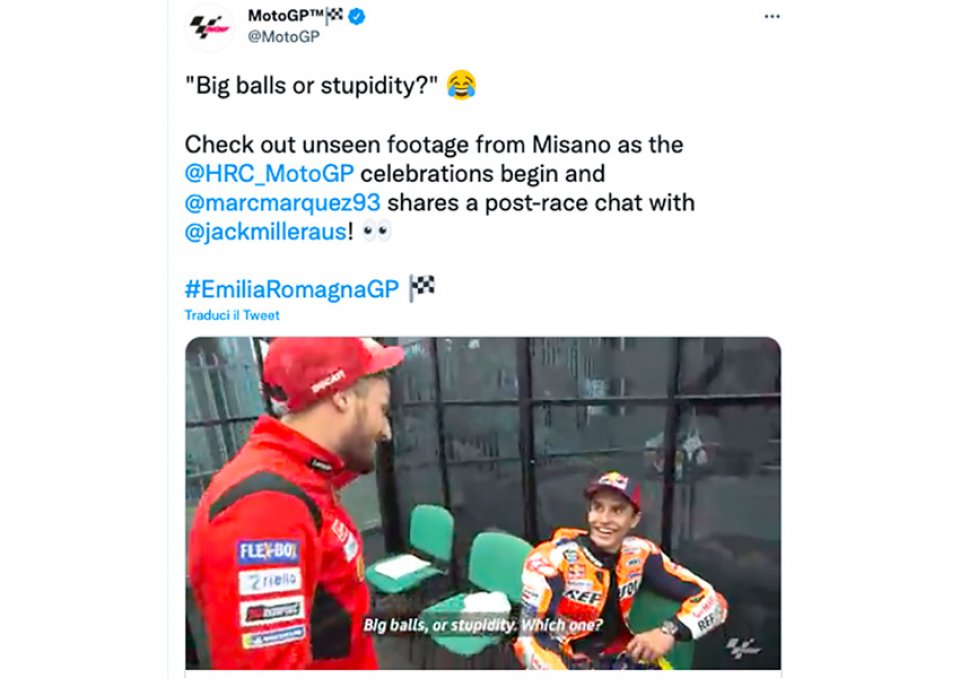 As per tradition, a behind the scenes video has been published by MotoGP.com after the Misano Grand Prix. In this case, the images show what happened from Honda HRC's point of view, with Marc Marquez's words, Pol Espargarò's hot commentary and a very nice exchange of jokes between Marc and Jack Miller, who commented together on Ducati's choice to use hard tires.

As we know, Ducati chose to use a hard front tire for both Pecco Bagnaia and Miller, who both crashed due to front end loss on corner entry. Apparently Jack is not at all sure that this was a winning move.

Here the video with all the jokes of the protagonists: