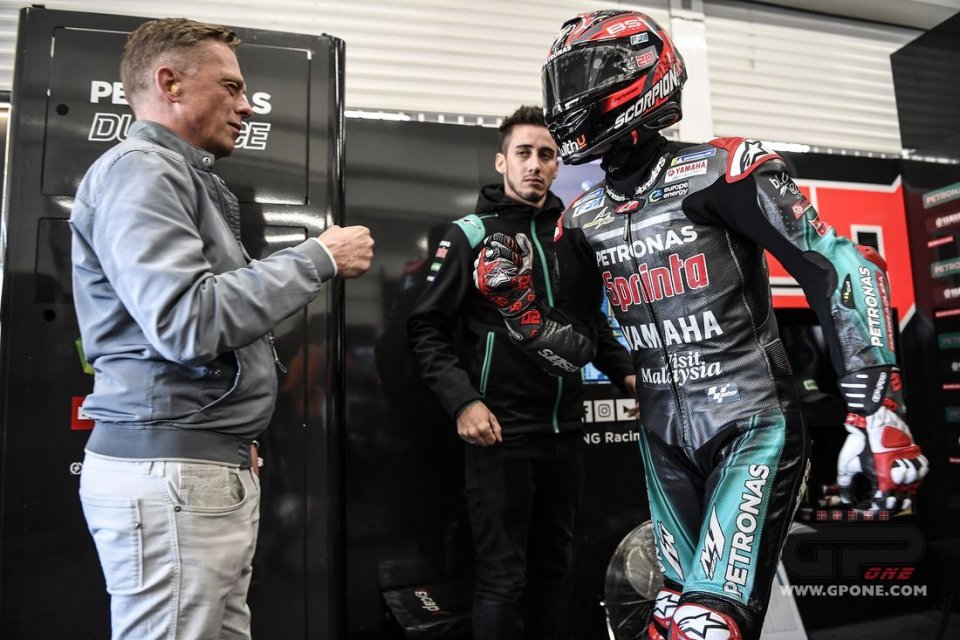 2021 is not over yet, but there are already those thinking about 2023. On the MotoGP market, they’ve acted in advance in recent years, and Éric Mahé, Quartararo’s manager, has already started. Fabio is the rider of the moment, and whoever manages him knows that they have to strike the iron while it’s still hot. The French rider, who could become world champion at Misano next week, is therefore officially on the market.

“Fabio will go where it’s best for him and, to date, everything is open,” Mahé told AutoHebdo. “For the moment, nothing is clear for 2023. Naturally, Fabio is happy with his performances, but we have to look at the details, because it’s more thanks to Fabio than his package.”

It all seems clear: Yamaha needs Quartararo, not the other way around.

“The trend is to sign up a year or a year and a half in advance. If there are clear prospects, then we need to move on. But the main strategy is not to rush, so we’ll see what happens.” His manager continued: “We’ve been contacted by two and a half teams. Two are real approaches, the other doesn’t seem like anything serious ... We’ll assess everything calmly in due time. Fabio is young, He has his future ahead of him.”

Now it’s up to Yamaha, which certainly will not want to let the rider who is one step from taking the title back to Iwata get away. Also, Quartararo will still be on the M1 next year,  and there’s a season to prepare.

As for the main title contenders for 2022, Mahé has clear ideas: “I see Fabio, Marquez, Bagnaia, and I’d add Martin. The Fernandez-Gardner duo will also be very interesting. Natural talent for Raul and aggression for Remy.”

The manager also talked about Marquez’s return after his injury.

“I think Marquez was perfect. He’s won two races,” he stated. “We know that he’s still physically weak, and we don’t know whether he’ll remain so or not. The psychological consequences of this period are very difficult to assess. Some people, like Kevin Schwantz, think he’ll be marked forever. Yes, it’ll be in his body, but not in his head. He fell twenty times this year and got back on the bike each time. Considering his accident in Assen, if he had been psychologically scarred, he would have told the Japanese ‘I’m going home’. He doesn’t have the attitude of a psychologically weak rider but rather that of a rider who’s not completely healed. At the same time, others have made progress in his absence. Personally, I don’t think he’ll return to dominate as before, but I think he’ll be able to return to a level that will allow him to play for the title next year depending, of course, on the package he’ll have.”