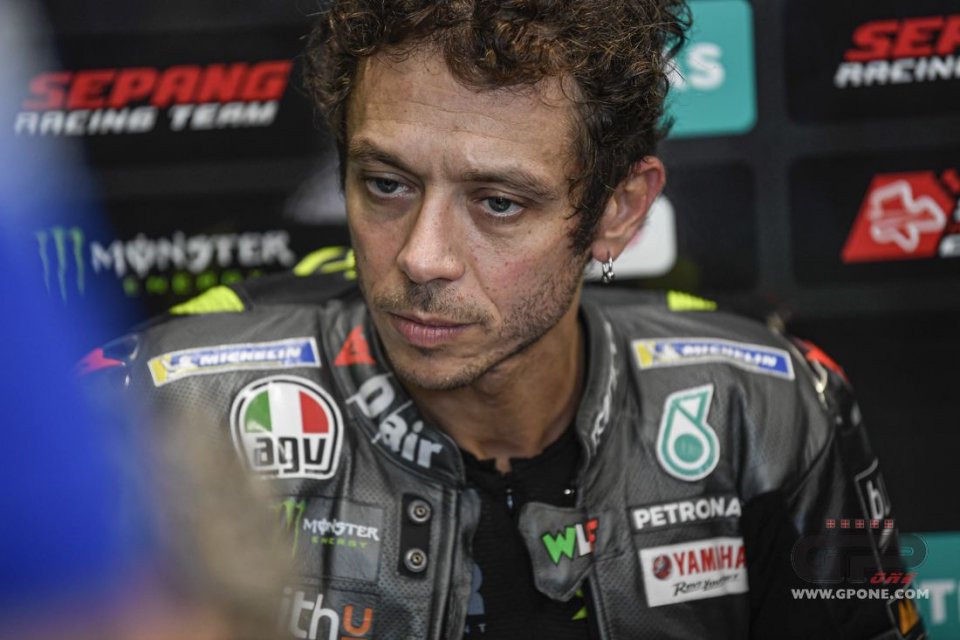 Once again, a near tragedy. And, once again, it happened in the Moto3. The terrible accident caused by Oncu which involved Alcoba, Migno, and Acosta left everyone with bated breath. Nobody ever wants to see certain images, not even Valentino Rossi.

“I don’t want to point a finger at any rider in particular, but suspending him for two races is the least they could do. There's a need for serious action because the situation is completely out of control,” the Doctor stated.

Let’s analyze the situation.
“First of all, doing a five-lap race in the Moto3 is like playing Russian roulette. They made a mistake in making that decision. Oncu changed trajectory on the straight, knowing that he had another rider at his side, and caused a potentially fatal accident. I was very scared, not only because Migno was also involved. We were lucky that no one was hurt. Things have to change before something bad happens. Motorcycling is a dangerous sport, and it becomes even more so with certain attitudes. You have to have respect for yourself and for your rivals because you’re playing with the lives of young people.”

What should Race Direction have done?
“Trying not to stop the race with a red flag. A sprint race in the Moto3 is wrong. The riders are already out of control during a normal race, imagine in a five lap one. The most serious thing is their behavior. They’re crazy. From an early age, they teach them to be more than aggressive. We’ve been saying for too long that you cannot change your trajectory into a straight line. There was a need for serious measures.”

Is Oncu’s penalty fair?
“Suspending him for two Grands Prix is. If you take away only a few positions, then the rider will do it again. If he stays home for two weeks watching the races on TV, he’ll think about it. In the end, the most dangerous riders are always the same. Whoever watches the Moto3 knows it, so you have to start from there. If you disqualify a rider for two races, and he does something dangerous again, then you leave him home for five. Those who are always over the top must be educated.”

Let’s talk about your race now. How do you judge it?
“In the end, it was decent, considering my speed. I was able to be fast and consistent, to get a point. I did well to mount the medium tire on the rear. I didn’t like the soft one, and I decided to go my own way. The problem is that I wasn’t competitive enough. I was hoping to go faster.”

Was it difficult?
“From a physical point of view, it was one of the most difficult races of my career. It was very hot, and this is a tough track, with many holes, changes in direction, and difficult braking. To ride today’s MotoGP bikes you have to be in good shape and very young. The first aspect, I can try, while the second is more difficult for me,” he said laughing.

BMW’s Dutch rider talks about the new riders: “They’re fast. Petrucci has proven so much in several championships, and Gardner is a Moto2 World...
2 days 22 hours ago

he French rider in his career has raced in SBK, Supersport, 250 and even the Dakar, now he wants to test himself on the Isle of Man
3 days 1 hour ago

The young, almost 20-year old, Storm Stacey will be racing in the British Superbike 2023 with the GR Motosport Kawasaki team for his fourth...
3 days 22 hours ago

All this probably stems from the purchase of a van in Andorra a dealer says Hector never paid for.
4 days 4 hours ago