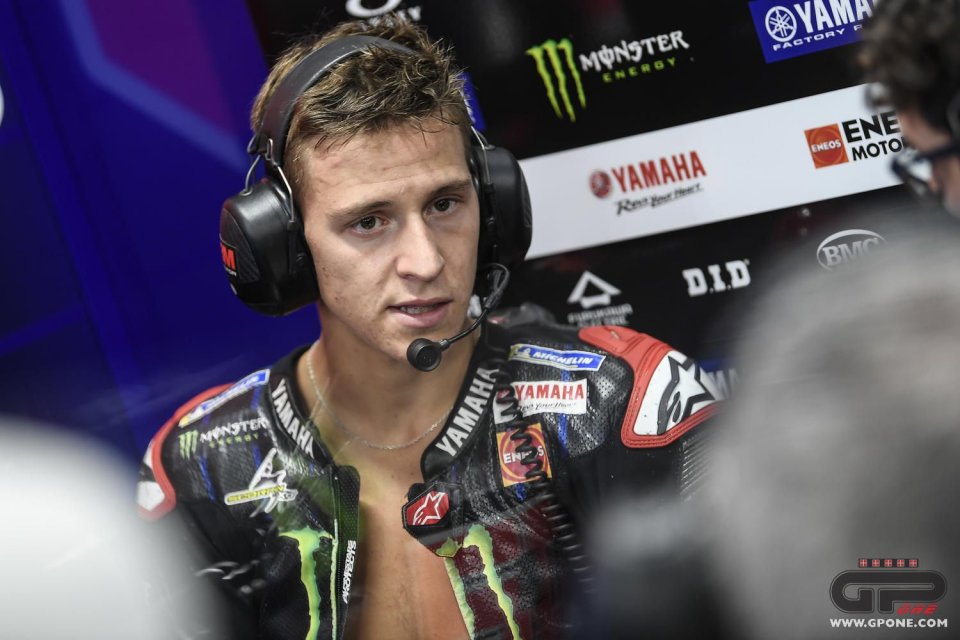 Fabio Quartararo, in Friday’s combined free practice classification, finished in third position, while in the morning in the wet he was 15th. Despite the overall good times of the Frenchman, Fabio had no positive words to say about the circuit, deeming it unsuitable for MotoGP, dangerous and unsafe.

"It’s more or less a track that I use to race, to train with the motocross bike – Quartararo said ironically - but it’s much faster with the MotoGP bike so it’s really bad. We talked two years ago and said they need to resurface, but now it’s even worse. It’s just acceptable to race. I don’t know what to say. It is a joke.”

Marc Marquez and the Ducatis look very strong. What do you think?

"In the end, Jack Miller always goes fast here. But my main rider to look at is not him so I’m also happy if he’s there in the mix. For me it’s good and so let’s see. I know I’m the only Yamaha in the top, but the bike is going quite well. We are missing some things to improve but I think we are in good shape. I try to make the difference but it is difficult."

Is racing on this track acceptable?

"I mean the track is not a MotoGP track for me. For me it is a track to train. To make a race here - for one lap it is okay, but 20 laps you will see that for me there will be some bad moments. They told me that they see a lot of bikes are shaking in turn 10. If there are bumps in turns one, 11, 12, it’s okay because they are slow corners, but turns two, three and ten it's the worst corners ever that you can have bumps."

Will you point out that this situation was already criticized two years ago?

It's already a physical circuit and there is still this problem with the bumps: do you think it could cause compartment syndrome effects?

"No. Today I did 12 laps in a row. I made some mistakes and went long, but I felt great physically. I think it will be the toughest race of the season, but personally I think it's more of a different kind of contraction here: you work more with your triceps than with your forearms ”.

During free practice, you ride more or less alone and you can choose the lines to follow. What will happen in the race when you have to run over the bumps while you are in the group?

“I don't have an answer to this question. There is only one thing I can say: I think it will be very dangerous! During the race I think the first two laps will be a disaster. Turns 2, 3 and 10 were already dangerous, now with the bumps it's a disaster ”.

Do you think there should be a safety check on track conditions before each race weekend?

“The distances are excellent and otherwise everything is perfect on the track, we have to deal with this problem of the bumps. Apparently there are people from Dorna who have come to see the track, but I don't know who they are. So it will be interesting to see what the Safety Commission says. "

Quartararo: "Rio Hondo isn't the best track, but we can do a good job...