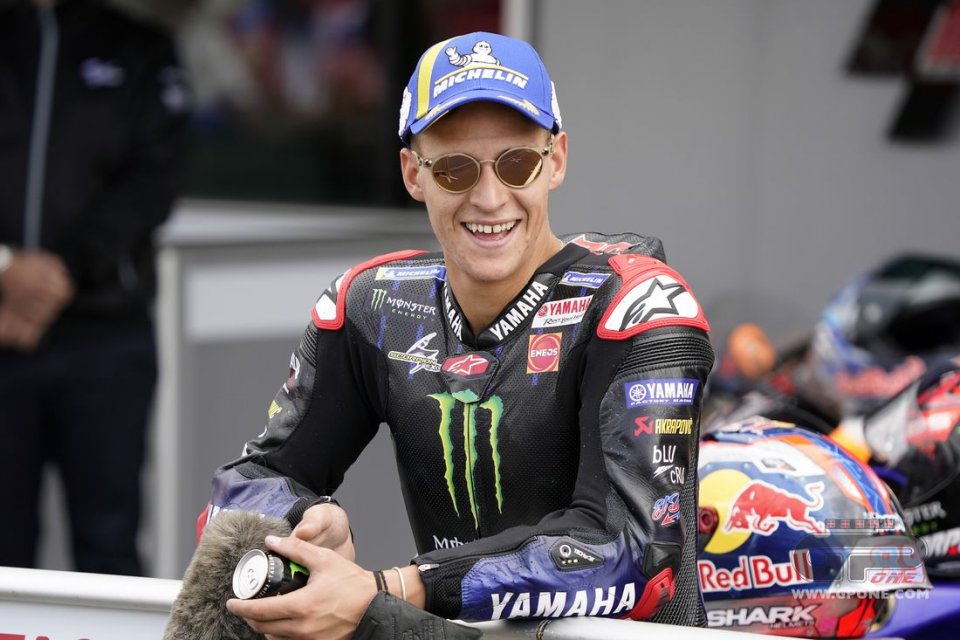 Losing the pole by 36 thousandths of a second is no big deal but, after the performances in free practice, it seemed almost expected for Fabio Quartararo. After all, he was fast in qualifying, but he didn’t manage to make a difference that he himself was anticipating. So, tomorrow he’ll be closing the front row behind Pol Espargarò and Pecco Bagnaia.

“Today I struggled with the soft tires,” he explained. “I had already noticed it in the FP3. I had done two time attacks, and I didn’t feel great. Usually, when you mount the soft tire, everything is easier, because there’s more grip, but today it wasn’t like that. With the medium, everything is better, but the main objective was the front row, and I reached it.”

The French rider can afford not to be too disappointed because he remains the man to beat.

“I’ll never touch a soft tire again,”  he said jokingly. “The important thing is that I tried to ride more gently in the FP4, and I was getting the times anyway. Now we have to decide which tire to use on the front. The choice is between soft and medium. It looks like it’ll be warmer tomorrow so, theoretically, we could also think about the hard rear, but it’s not easy when you’ve fallen with it.”

Quartararo recalled yesterday’s fall when he twisted his ankle, which fortunately doesn’t seem to limit him.

“I have a little trouble walking, but everything is fine on the bike,”  he assured everyone. “I’ll go to the mobile clinic for some treatment. I think I won’t have any problems for the race.”