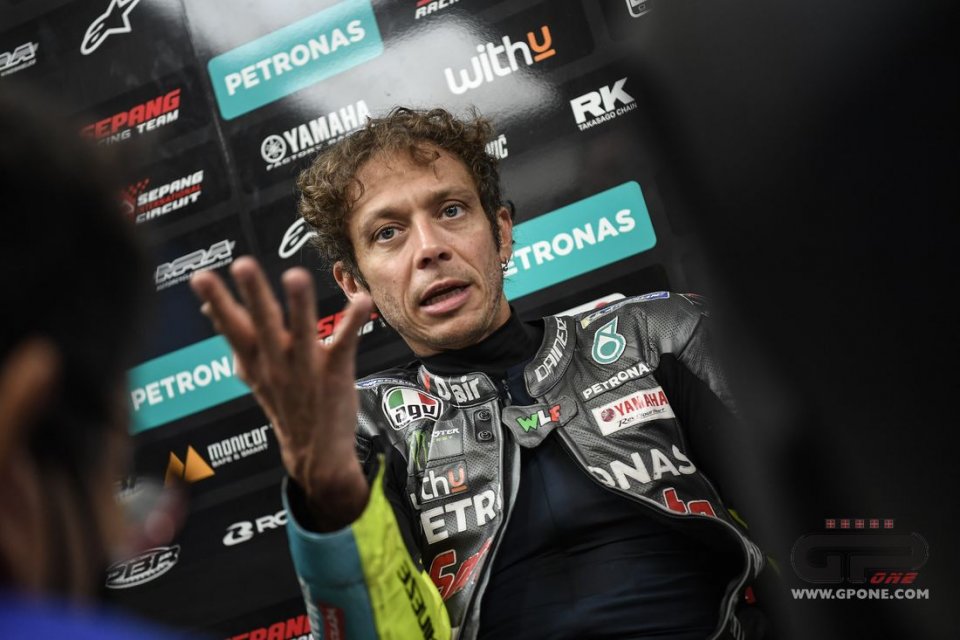 An old-school rider on an old-school track: the combination seems to have worked because Valentino at Silverstone is back in the Top Ten for the first time in ages. If good morning starts in the morning, the hope for Rossi is to be able to race his best GP of the season, even though he knows very well that it is too early to celebrate.

“Today was a positive day for me – he summed up at the end of the first two free practice sessions - I had good sensations on the Yamaha already from the morning, even if in the first session I was not able to express my full potential. due to some traffic and the red flag. In the afternoon we continued to work and it didn't go badly ”.

You tried the hard tire on the rear…

"Yes, but it's a bit too hard for the temperatures that were there. With the soft I did two good laps and I'm in the top 10 with pretty good sensations. I have to admit that I enjoyed it, because I like Silverstone a lot and the new asphalt has a good grip. Also, even though it was cold, the asphalt was dry and that’s already positive for England ".

Even for tomorrow it doesn’t look like it will rain…

“In that case FP3 will be crucial to get into Q2, to do it I think we will need to lower today's times by a second. The track will also become faster, I'll try ”.

Is this the best Friday for you since Qatar?

“There are also technical matters to consider. I mean, in the first part of the season there were tracks, especially Barcelona and Assen, where I expected to be competitive, but I had some problems on the bike over the first few laps of the race and confidence in the front. We tried to work over the summer and I felt a little better in Austria, even though it was a difficult track for us on paper, unlike Silverstone. As I said, the important thing will be tomorrow morning, then we'll see. "

“Because it is one of the few tracks that has improved after the changes to the original design, it remains an old school but at the same time modern circuit. In addition, the new asphalt represented a big step forward, before there were a lot of bumps and different types of asphalt, now it guarantees a lot of grip and in these conditions the Yamaha is fast ".

On a technical track like this, can the rider make more of a difference?

“I don't know, maybe yes, but sometimes even circuits that seem easy on paper turn out to be very difficult. For me it's a pleasure to ride here, you can use all the power of a MotoGP and it's a great feeling ”.

You changed teammate again, now you have Dixon…

"For me it is better for Crutchlow to ride the 2021 bike because in this way he can also work for the future, Morbidelli's is a bit old. Today I saw Cal and I also told him that with the official team colours he looks younger (laughs) ”.

Pirro heading to Sepang: "We want to bring the title back to Borgo...