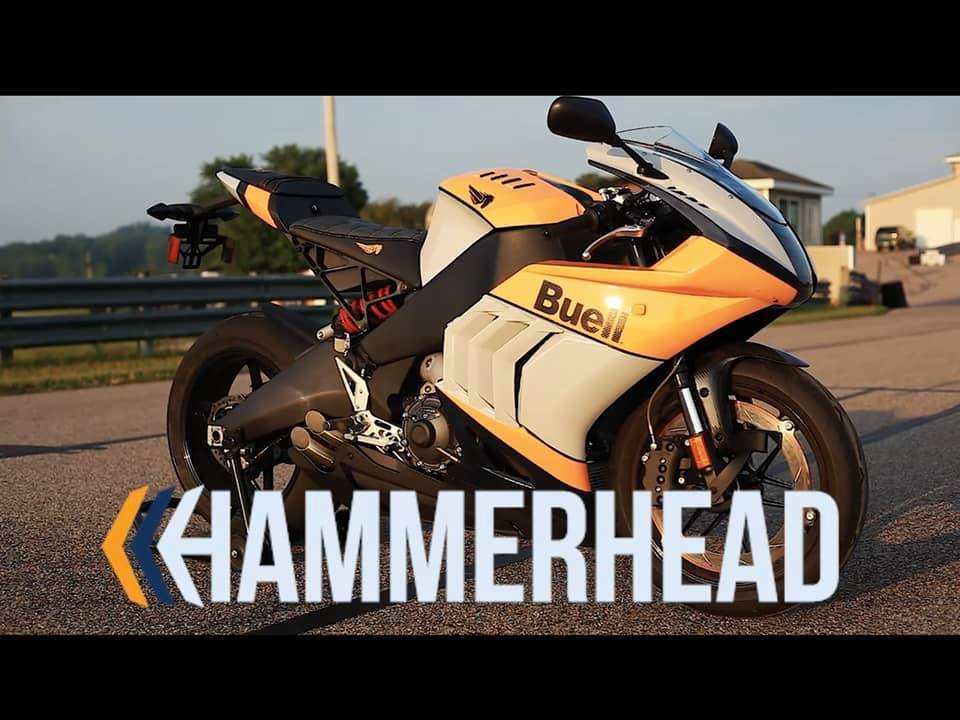 The Buell Hammerhead 1190RX is the first model of the new life of the fastest and most powerful motorcycle brand in the United States, which can be previewed in a video on its Facebook page.

The new company, Buell Motorcycles, has published on its Facebook page first a post and then the video of the (semi) new Buell Hammerhead, the first bike of the new course and 10 new models expected by 2024. It is a superbike - previously called 1190RX - which recalls the displacement of a twin-cylinder engine characterized by a power output of 185 hp at 10,600 rpm and a burst of torque of 137.8 Nm available at 8,200 rpm. From the same engine, two other models are expected to take shape: the 1190SX streetfighter and the 1190 Super Touring crossover. While the first has already been defined, by removing the fairing from its predecessor, the second instead is still shrouded in mystery, but it is not difficult to think of a model with knobby wheels perhaps with a 21-inch front, wide handlebar, split saddle and rigid side bags.

The latest images of the Buell Hammerhead 1190RX confirm the design of the previous versions, with a strong and menacing appearance thanks to the shark gills on the fairing and a light and streamlined rear. Instead, the exhaust changes, with silencers that emerge in the lower part of the fairing. The price of the 1190RX is still unknown, but production is known to be in Grand Rapids, Michigan. 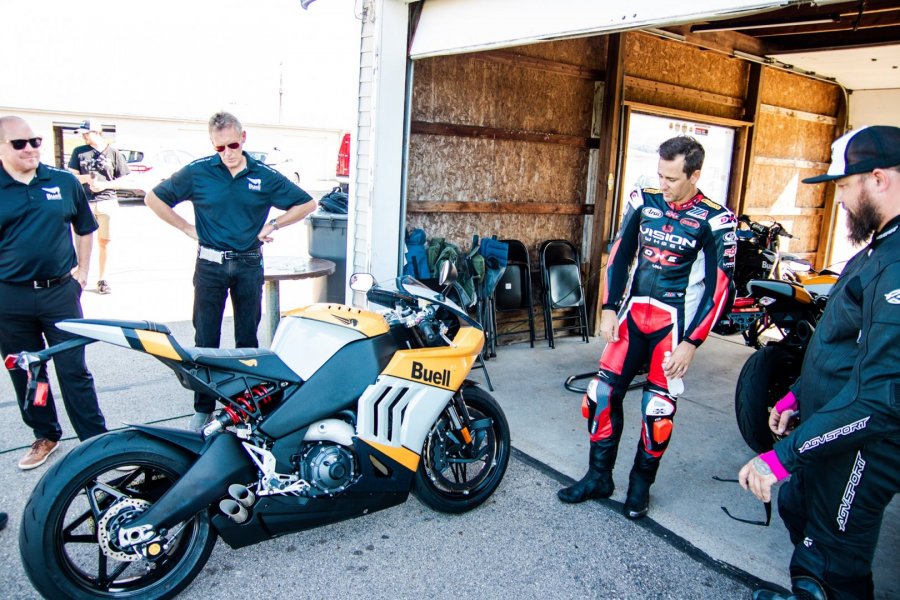 All three models are destined to encounter a considerable number of rivals in the US market, starting with the highly acclaimed Ducati Panigale V4, BMW S 10000 RR, Kawasaki Ninja ZX-10R, and Yamaha R1. The streetfighter has to deal with the Ducati Streetfighter V4, the KTM 1290 Super Duke and the Triumph Speed ​​Triple 1200 RS, while the crossover has an internal competitor like the new Harley-Davidson Pan America 1250, in addition to the usual BMW R 1250 GS , Ducati Multistrada V4 and KTM 1290 Super Adventure.

The history of the Buell brand has now become epic. From its inception in 1983 thanks to the vision of Erik Buell, passing through Harley-Davidson ownership to the almost non-existent and only de facto ownership of the Indian Hero Corp. The latter actually contributed to its dismantling with the help of Liquid Asset Partners, which in 2106 purchased EBR Motorcycles along with the rights to use the Buell Motorcycles brand, but only in the United States and not elsewhere, such as Europe, which still remains under the Harley-Davidson umbrella.

For the moment this third-time return of Buell, announced last February, is limited to the US market, because the V2 1190 platform is anything but new: it dates back to the period of Erik Buell management and does not comply with the European standards on Euro 5 emissions. So, even if Buell has a good number of loyal motorcyclists in the European market, for the moment the new models will not be crossing the Atlantic Ocean to put their wheels on the Old Continent.

The newspaper "Iltalehti" reports on its website that construction companies Maanrakennus Pekka Rautiainen ky and Macra oy have filed compensation...
5 days 2 hours ago