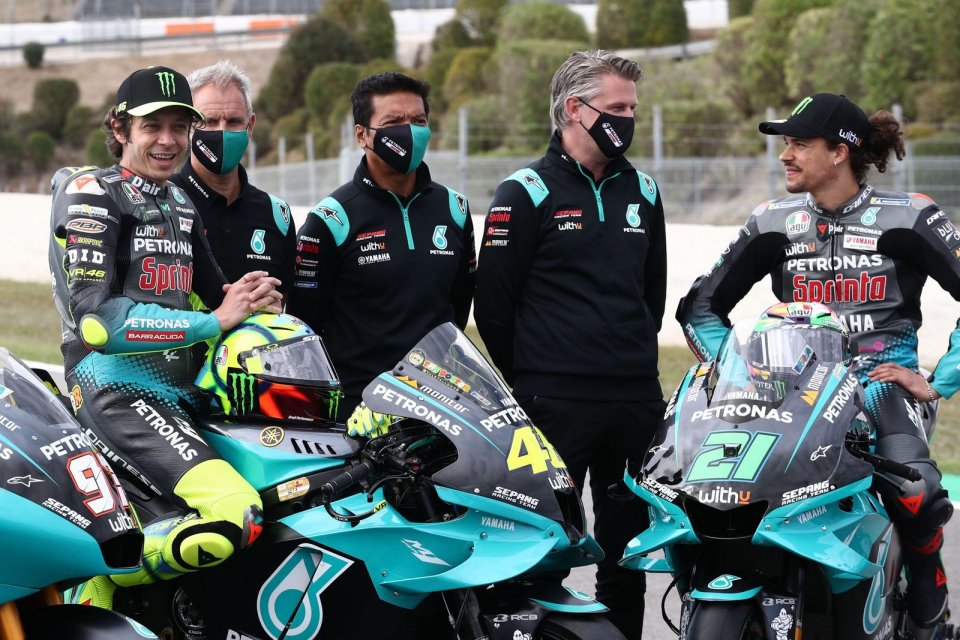 With the MotoGP championship in its summer break, and no racing until August, it’s a good time to sit down with Team Principal Razlan Razali to discuss the season so far, what the current riders’ market looks like, the importance of young talent development and – of course – the MalaysianGP…

What is your assessment of the first nine races of the 2021 season in each category?

"With six riders across the three categories it’s difficult to make one general summary on how the team has performed – but I’d say we’ve had our ups and downs this year.

This season has been hard for us in MotoGP, especially coming into it off the back of the strong results from our first two years in the category, including Franco Mobidelli being Vice Champion in 2020. The 2021 season hasn’t been completely what we expected it to be. Franco experienced bike issues in the first round but he came back strong and claimed the first podium of the year for the team in Jerez. Unfortunately he was then struggling with his knee problem as it became aggravated and ultimately led to him needing surgery. It does impede our aspirations for the rest of the season but we hope that he will come back strong again. We saw some good qualifying pace from Valentino Rossi in the season opener and some improvements in recent races, but we know it has been difficult. We will keep supporting him all we can for the second half of the year.

It’s probably one of the tightest championships of the season and small differences can put you on the top; while it has been difficult in the first half of the season, as a team we will continue to provide the greatest support to our riders to enable them to be at their best and fight for positions round by round.

Our Moto2 season started with its ups and downs, but finally with Xavi Vierge we achieved our first podium in the intermediate class since we joined the championship, so we are very happy about that. Unfortunately Xavi was not able to carry on that momentum, off the back of his first podium of the year, but he made a very good recovery race from 23rd to eighth in Assen GP before the summer break. This has really helped to keep him as high as possible in the championship standings before the second half of the season. Jake Dixon took us by surprise with an impressive performance in the opening round of the year, but after that he seemed to struggle. We made some changes to help him and there have been glimpses of something positive, but bad luck with penalties has prevented us from seeing the true potential of the change. We hope that the summer break will do him some good and that he can continue this progressionin the second half of the season.

Darryn Binder started our Moto3 season with two back-to-back podiums, but bad luck and penalties prevented John McPhee from achieving great results too. However, he did manage to recover his form and was more consistent throughout all sessions of the GPs. We were able to score some solid points in the final couple of races, but again we suffered from some unfair penalties and decisions. The Moto3 championship is a tough one because it is very competitive and the racing is tight. This certainly gives the audience a good show but sometimes it does prevent riders from being able to show their true potential".

How are the team, crew and partners facing this challenging season?

"The good thing about having riders in all three categories is that one good result can bolster the whole team and keep them motivated. It is important to keep everyone motivated and that we have realistic targets. We might have to change the goalposts a little, make sure things are achievable and stay positive. I know it is harder for the MotoGP guys because Franco has his injury, but I hope that some Moto2 and Moto3 success can help them. We are one team together and it doesn’t matter who has a good result because everyone celebrates together and pitches in to help out when needed.

It’s the same with our partners. There may have been some expectation based on the previous results in our first and second year of being in MotoGP, but we have long term commitments from them and they know the nature of competition and they also are able to celebrate success in Moto2 and Moto3". 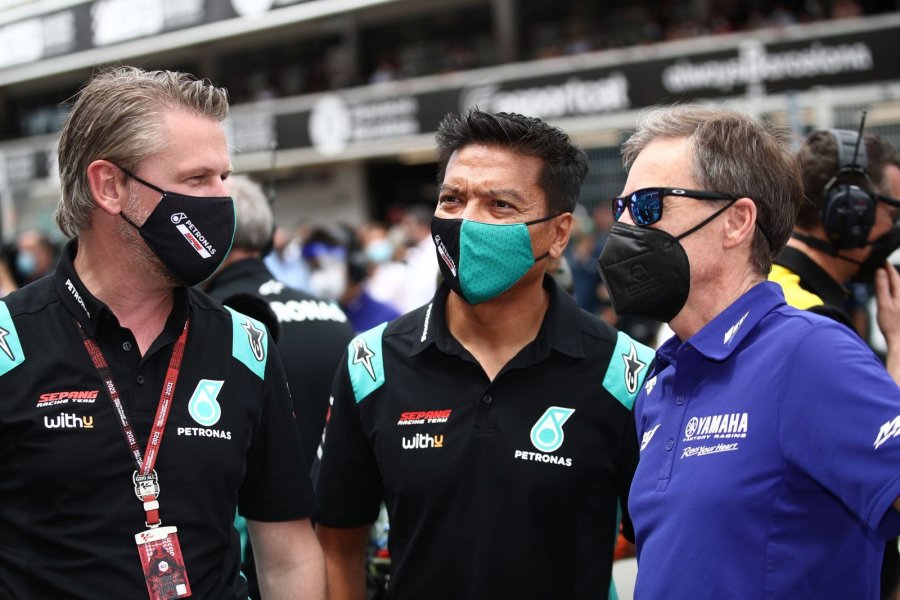 What are the targets for the end of the season?

"We are now more focused on targets for the team as a whole, rather than individual rider results. I think we will now look to be inside the top-five in whatever categories we can, although I know it will be difficult in MotoGP. For the premier class the focus is to be in the top-three in the Independent Team category, we know it will be hard to catch up in the second half of the season. In Moto2 and Moto3 we need our riders to be consistent and help us stay within the top-five in both of those series. We have the potential to improve our results significantly".

How is Franco Morbidelli? When can we expect his return?

"Franco is recovering well from his knee surgery. We want to ensure that he is at 100% before he comes back, so I think that we won’t expect him to be racing again until Misano – although I wish it will be sooner. This is a track that he loves, he knows well and it should be a good one to see his return at. We all continue to wish him well in his recovery and to come back only when he feels completely fit.

Regarding the MotoGP riders’ market, what is the team’s position currently? When would you like to announce the full line-up for 2022?

It’s important to remember that we’re still waiting to hear Valentino and Yamaha’s decision about next year. Anyway, and as is normal in this period of the year, the latest news regarding the MotoGP riders’ market has certainly opened up all possibilities! It’s an on-going discussion between Yamaha, ourselves and our current MotoGP riders, and we’re not in a rush to announce anything.

We have been receiving interest from a lot of riders and even riders that are currently outside the MotoGP championship who want to join our team. We believe that we have time and are in a position where we have the luxury to choose; everybody knows of the package that Yamaha can offer and what a young rider can potentially do as part of our team. We have the structure and the package to offer young riders the opportunity to achieve their dreams. We have seen it with both Franco Morbidelli and Fabio Quartararo, so with all this interest we will take our time to evaluate every rider who we would like. There won’t be any potential line-up announcement until after the next couple of races". 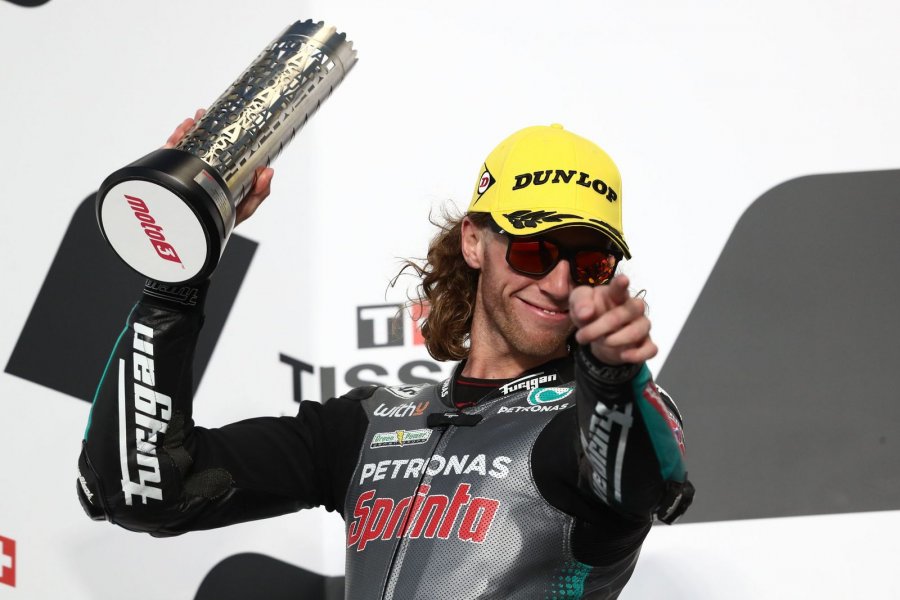 And in Moto2 and Moto3, what’s the situation? Do you plan to make any announcements soon?

"Firstly, we have to analyse and discuss the situation of our riders. Secondly, the scenario is similar to the MotoGP category, with a lot of young riders that would love to be in our team – especially with the progression through the series that we can offer. The path is clear with us having riders in Moto3, Moto2 and MotoGP so for those young riders in championships like FIM CEV it is perfect. We are spoilt for choice so again we are in no real rush to make a decision but maybe some announcements can be made soon, during the Austrian or BritishGP. Let’s see how it goes".

How important is it to see the Malaysian young talent development programme achieving good results in the FIM CEV and in the Asia Talent Cup?

"Being a Malaysian team we of course want to make a priority, as much as possible, of allocating a seat in either Moto3 or Moto2 to a competent and competitive Malaysian rider – hence the development programme in FIM CEV and Asia Talent Cup. It is very important for all riders to achieve good results for them to progress from the Asian championships to the European championships, and make the step up in their level of competitiveness. This way they demonstrate their world championship potential and should be able to be competitive in Moto3 and Moto2".

What can you say about the updated calendar for the second half of the season? How important is it for the team to attend the MalaysianGP?

"The current pandemic is still affecting the championship, although not as much for the European rounds. The Asian countries are still facing a challenging situation and the Australian round has been cancelled. We are confident though that the Malaysian round will still place, plus the GP in Thailand. I think it’s very important for the championship to be able to get to some of these flyaway races – like America, Malaysia and Thailand. For obvious reasons it is massively important for us to have a home GP: we’re a Malaysian team, we have a Malaysian title partner and Malaysian staff members. Mostly though we want to be able to see our home fans and provide them with a good home GP. We’re really looking forward to being able to race in Sepang".