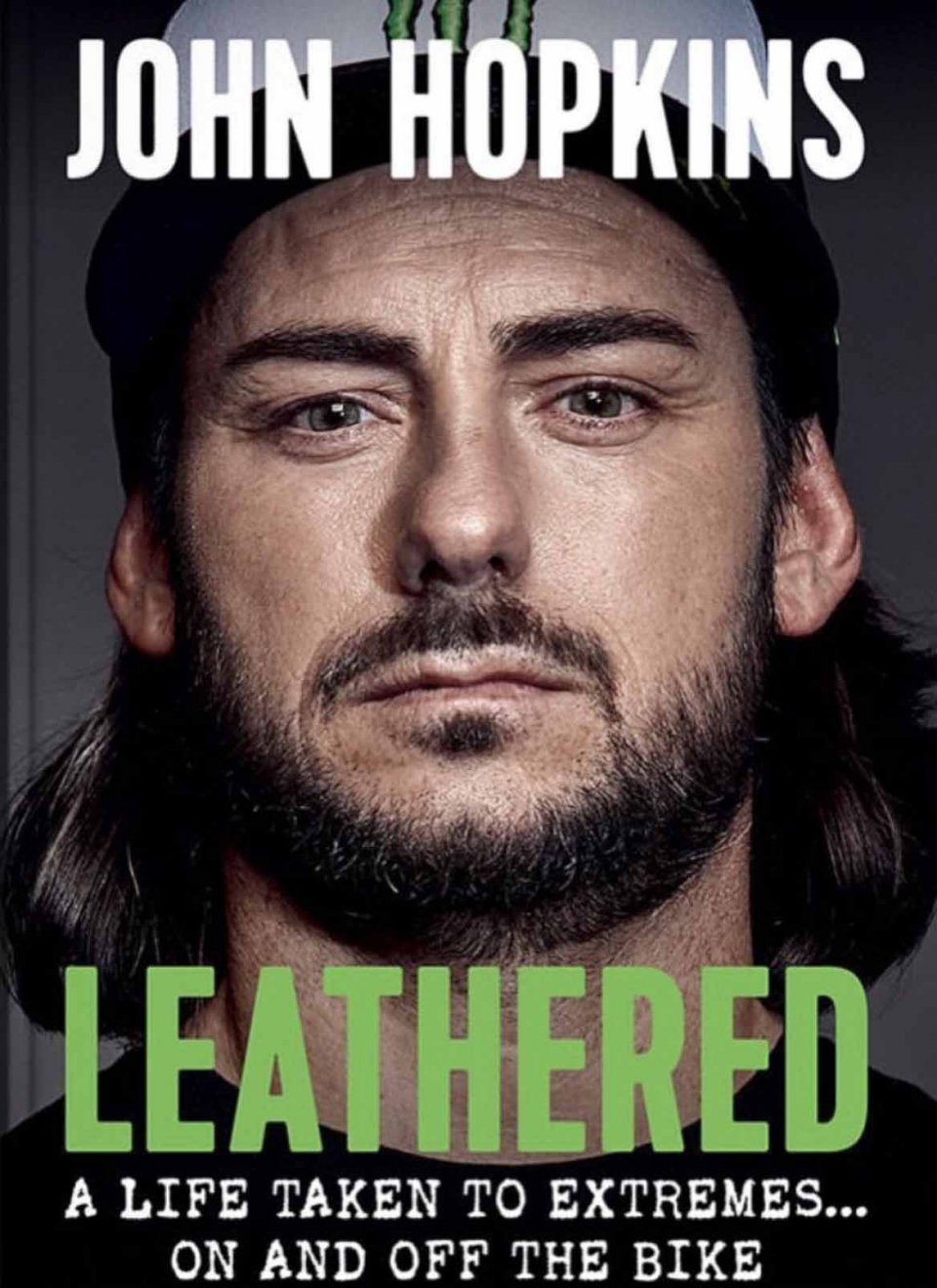 We have followed John Hopkins' career from the beginning: from the first test at Brno, brought to the track by Peter Clifford, to his best year with Suzuki: 4th in the 2007 World Championship behind Stoner, Pedrosa and Rossi. Surely Hopper was a fast rider and a character. If you want a motorcyclist who would have been more comfortable in the 70s and 80s. Definitely not a fop. And he probably collected less than he deserved. We'll read his autobiography with pleasure.

Injury. Adrenaline. Addiction. These are the things that fuelled one man's race to international stardom as he pushed boundaries and took life on and off the bike to the limits.

Starting out as a talented youth riding the desert tracks of California, his reckless nature and incredible talent earned him a position in the rarefied world of professional motorcycle racing. Despite the success in his professional life, his personal life was crumbling around him - John was battling with depression and temptation, which began to threaten his career, health and marriage, ultimately bringing him to a life of alcoholism, addiction and even smuggling.

In his remarkable memoir, one of the world's most renowned riders takes us on a raw and unique journey to the extremes of fast living.

John 'Hopper' Hopkins is an icon for motorsport fans worldwide. He won't let anything hold him back. He has broken almost every bone in his body (twice), suffered a bleed on the brain, and had a finger amputated... yet he continued to race. Finally, at the age of 35 - with his latest crash at Brands Hatch in 2017 putting him in rehab for two years - he decided to hang up his helmet.

Leathered tells the incredible story of an unparalleled career. From bone-crunching injuries and alcohol-fuelled antics to the breakdown of his marriage, it unveils the true stories behind the lurid headlines.