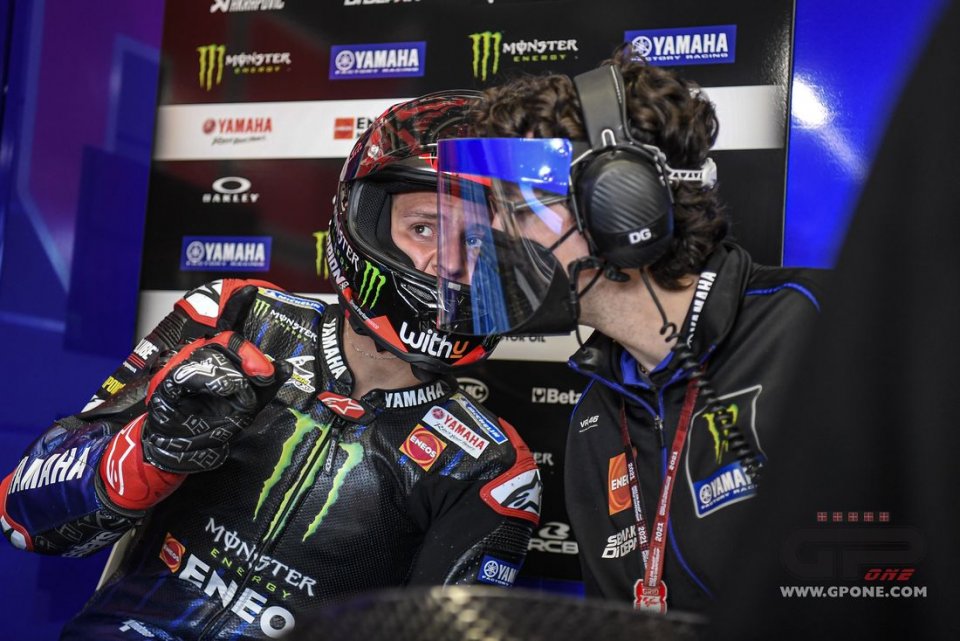 The controversy over what happened to Quartararo on Sunday continues. Fabio declared that he had fastened his suit correctly. Alpinestars replied today that, from the first tests performed, there was no problem with the zipper, much less with the airbag.

Diego Gubellini, the French rider’s crew chief, also spoke on the subject (actually on the “subjects” - plural - because he also spoke about the penalty Fabio  received for cutting the chicane).

At the start, Fabio closed his suit correctly (as was confirmed by the onboards).
The suit suddenly opened while braking at Turn 1, with 4 laps to go.
Fabio exited at 1 with 3 laps to go, losing 0.7 seconds.
In an attempt to close his suit, his front protection flew off due to the speed.
Fabio finished the race in third position.
Fabio was penalized with 6 seconds.

We’ve accepted the penalties and are already thinking about the upcoming races.”