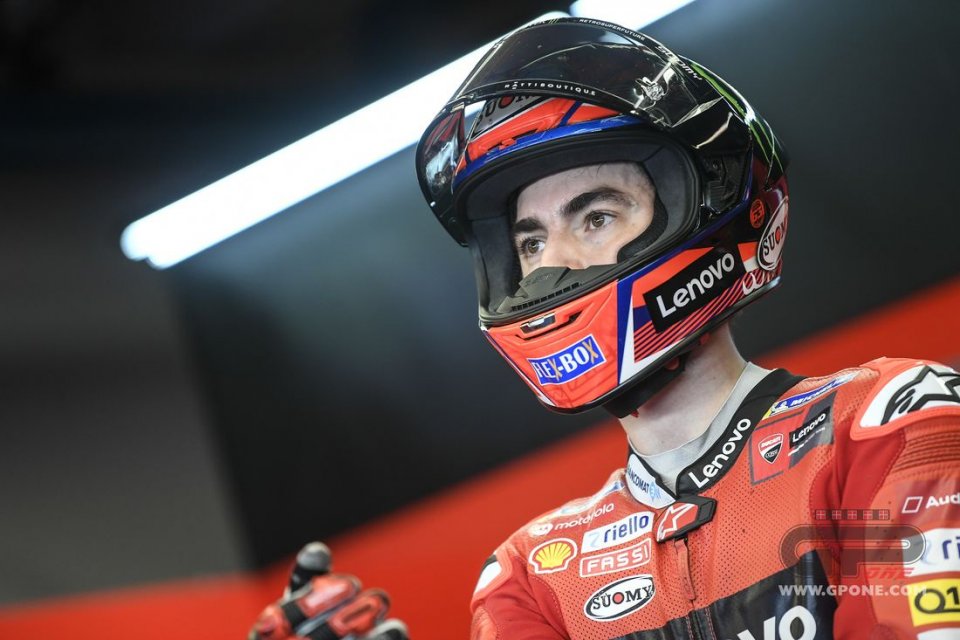 “Today I don't want to talk about the race, in any case, finish first or last today, nothing changes.” Pecco Bagnaia is visibly tried after the news of Jason Dupasquier's death and, actually he did not even want to start the Mugello Grand Prix.

“For me, managing a situation like this is difficult, almost impossible - he confessed - What I can't accept is that we raced, I think we shouldn't have done it”.

The Ducati rider had made it clear to his team...

“After the news, I said to my team, to Davide (Tardozzi, ed.) that I was preferring to not race today,” Bagnaia said. “But this is our work and we have to do it. Already in 2016, when we lost Luis (Salom, ed.), I was in the same situation. We did one minute of silence, and I was in the same situation. Today was very difficult doing the minute of silence, to not let the tears come down.”

As much as he tried, Pecco was unable to forget what happened.

“I was close to be concentrate but then one minutes of silence and … nothing. It was impossible to concentrate” - he explained - It’s maybe one of the worst days of my life, I didn’t enjoy today anything, so for me … I have asked to not race today, because it was not correct, for me. If the same thing had happened to a MotoGP rider we would not have raced. I am not happy with the decision that someone took to let us race after such news ”.

How his race turned out doesn't matter to Bagnaia…

“There are two ways of thinking: those who like me believe that out of respect we should stop and those who say the contrary – he declared - In my opinion, it makes little sense to race, we are human, everyone is made in his own way. I know I am perhaps too sensitive and, in the end, no one knows what is best. I started the race, but I wasn't focused at all”.

But no one asked the riders for their opinion, indeed the Moto2 riders started their race without knowing what had happened.

"For sure it would have been better to talk to us, but maybe I would have been the only one to say not to race - he admitted - I'm sorry because I think some things are taken too lightly, it's not nice and not very respectful".