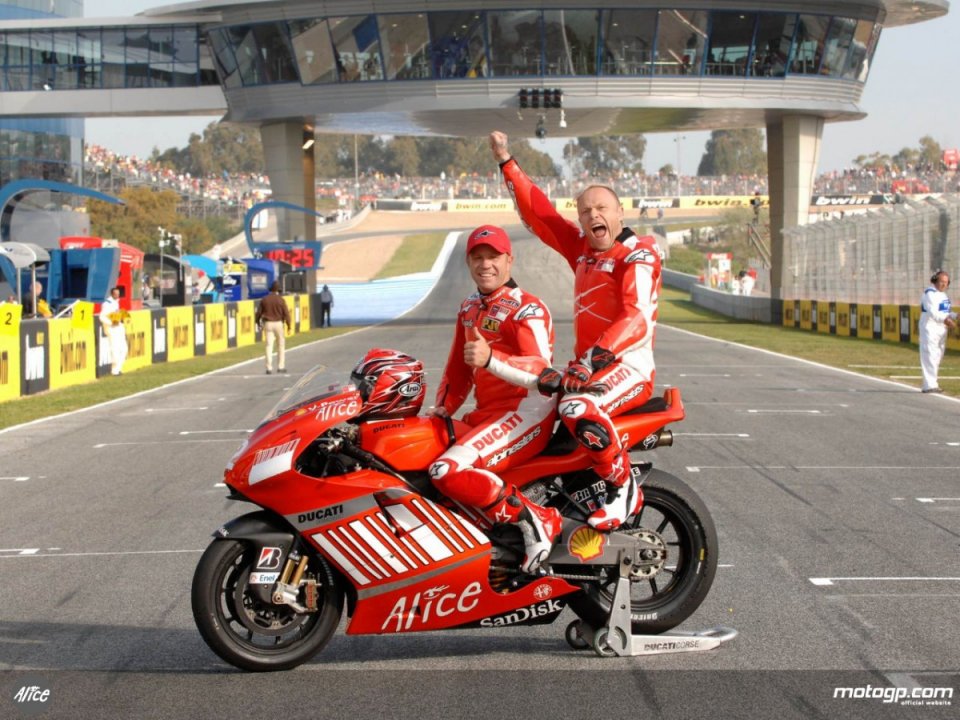 A small return to normality for the Italian Grand Prix at Mugello will be to see the two-seater Ducati used to give celebrities and VIPs a tour of the circuit once again on the track.

Here in the MotoGP.com archive photo, Prodigy singer Keith Flint shows all his enthusiasm after having 'tasted' the Jerez circuit as a passenger of a tightrope walker like Randy Mamola. Unfortunately, it will no longer be the popular Californian rider who will be driving the Desmosedici X2, for policy having the four-time world vice-champion passed the age of 60, Franco Battaini and new entry Fonsi Nieto will be riding. Mamola however will remain in the staff for his unsurpassable experience and sympathy.

The merit of the invention of the two-seater is due to Kenny Roberts, who was inspired by the equivalent of F1. Naturally, for a motorcycle, the difficulties increased. The first two-seaters did not have a handle fixed on the tank to allow the passenger to anchor himself. Before the "test" a doctor checks the vital parameters of the guest. Among the most illustrious is even Bernie Ecclestone.

Below you will find the timetable with an indication of the time in which the 'lucky' can experience the thrill of the 'lap to lost life'. 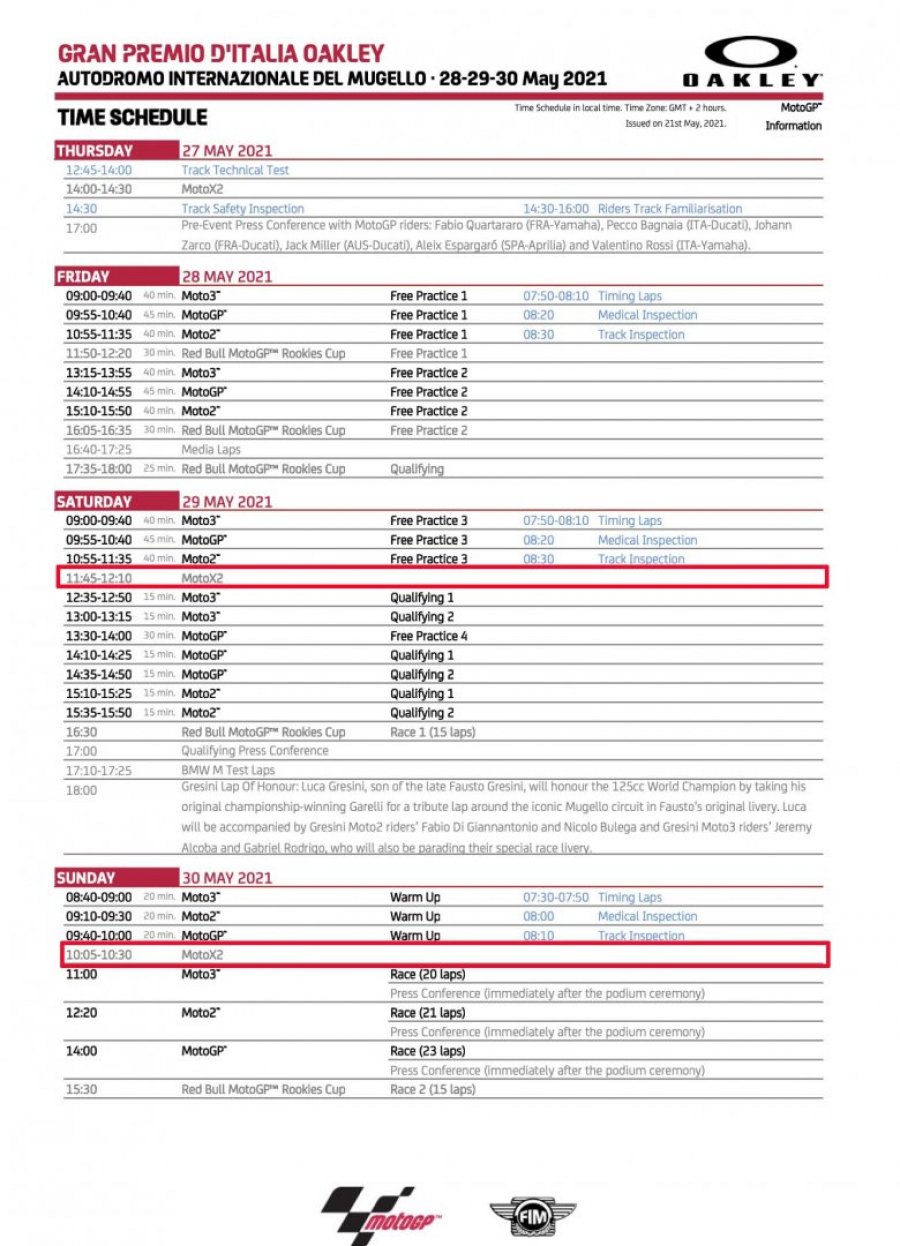