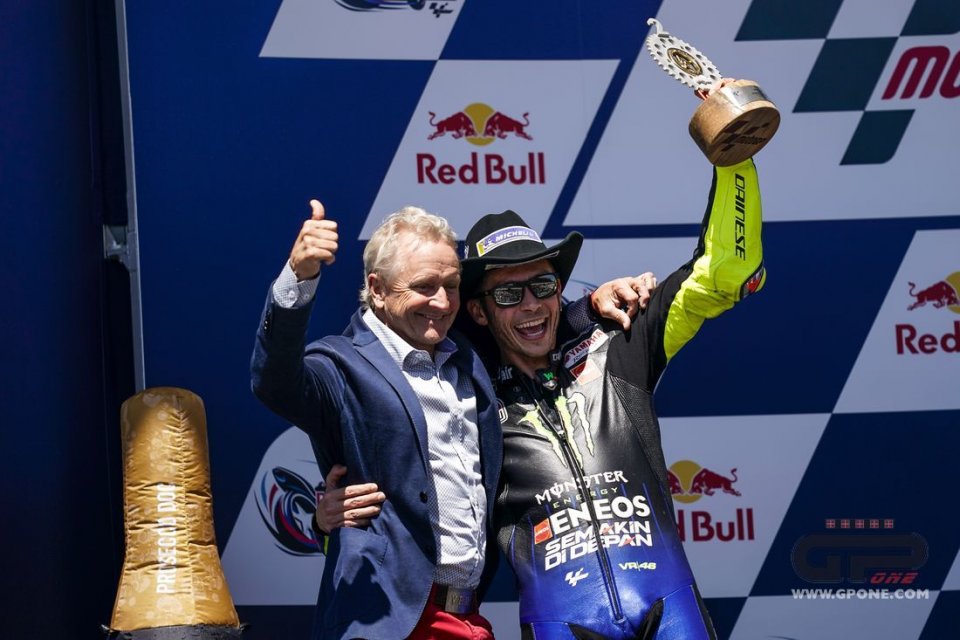 The 2021 MotoGP season has just begun, but there are already so many things to talk about. Like the difficulties that Valentino Rossi is experiencing or Marc Marquez’s return after nine months of inactivity due to an arm injury. These are two of the topics that Kevin Schwantz spoke about as a guest on the Autosport's site Tank Slappers Podcast.

The  champion from Texas started by talking about the Doctor.

“I’m worried about Valentino. I don’t like seeing him so far behind,” he admitted. “In Qatar, it looked like he could qualify a bit better but, in Portugal and Jerez, he really struggled. Maybe he’s not comfortable on the bike. Maybe there’s something new on the Yamaha that’s better for the other riders. I’m sure number forty-six will be able to fight again.”

Kevin is confident in Rossi, but he also knows how difficult it is for a rider of his level to manage such a complicated situation.

“Valentino is a rider, and this is one of the hardest things to deal with,”  he continued. “I remember the first two races in 1995, not being able to fight for the podium or the victory like I was used to doing was really hard. Racing is fun when you can win. When you can’t, it isn’t anymore. Maybe returning to the tracks he's familiar with will help him, but even if the bike develops, he’ll be the last to receive the new parts. He’s definitely not enjoying himself.”

Schwantz is not that surprised by Marquez’s cautious return.

“The speed and acceleration of a MotoGP is something you have to work on. In Jerez, he finished in a similar position than the one in Portugal. It’s a sign that he’ll need more time,” he explained. “You can’t expect to sit still for a year, and then immediately return to your level. When I was racing, if I lost a race or two due to an injury. When I  returned, it would take me two or three times more to get back to being one-hundred percent. Your mind also has to get used to speed, as well as your body. It will be hard for him, but if anyone is ready for the challenge, it’s Marc.”

The Honda seems lost without its leader.

“Maybe, without Marc, development stalled a bit. I don’t know. But even with Marquez in top form, he was the only one able to ride the Honda like that. Maybe it’s a bike made for him. I don’t know,” he stated.

Kevin also spoke about Pedro Acosta, who claimed the Texan was his idol.

“Pedro is truly a talent. No one had ever done what he did. He’s great. I want to see him on a bigger bike as soon as possible. The best piece of advice I can give him is to keep having fun. To excel in this sport, you have to give it your all, starting with preparation. You always have to do better,” Schwantz said.