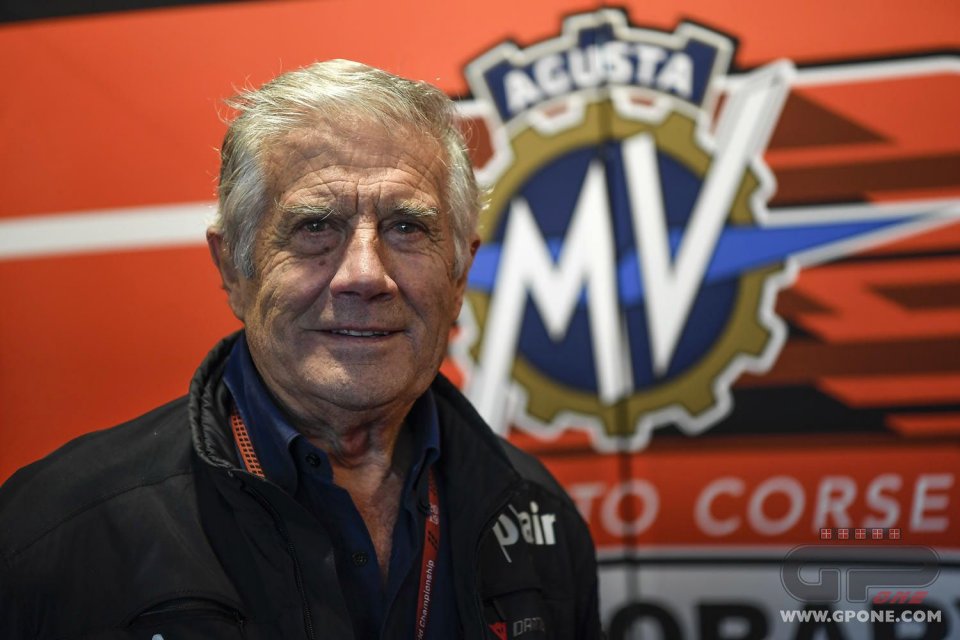 Giacomo Agostini was in Jerez for the Spanish Grand Prix. A return after a long time to what is still his world. The 15-time world champion watched the race weekend carefully and was interviewed by AS where he spoke about the problems Valentino Rossi is having at the beginning of the season.

“I recently had dinner in Italy, and the cook was a 70-year-old fan of mine,” he said. “She told me she was a fan of mine, but that now she was in love with Valentino Rossi, which is good, because he’s won a lot. And she said to me: ‘Giacomo, why don’t you tell Valentino to retire?’ Some ask me to tell him to, but I can’t do it. It makes me sad to see Valentino without a win, but I can’t tell him, because it’s something personal. I have respect for him, and I don’t want to be a teacher, professor, or father. Valentino’s father says he should race for another three or four years, but I’m not his father, and I can’t say anything.”

This doesn’t mean that Agostini likes to see the Doctor struggle so hard.

“I’m sorry to see him like this, because Valentino has been a showman for many years. Everyone admired Valentino because he made everyone happy,” has explained. “As long as there’s life there’s hope they say, but this is the reality of things.”

Giacomo also recalled the moment when he decided to retire from racing.

“I thought about it a lot, because it was when I decided to leave my great love,” he said. “Ever since I was born, I didn’t think about girls, cars, or other things, but about motorcycles, which were my great love. I cried for three days when I decided to retire. I knew I was leaving something I would never have again. The joy you feel for a win, a podium, the public that loves you, nothing else gives you that. You can become the president of Fiat or something else but, while it’s very important, it’s not the same thing as when you win a race doing what you love. It’s very difficult for everyone to say when it's enough.”