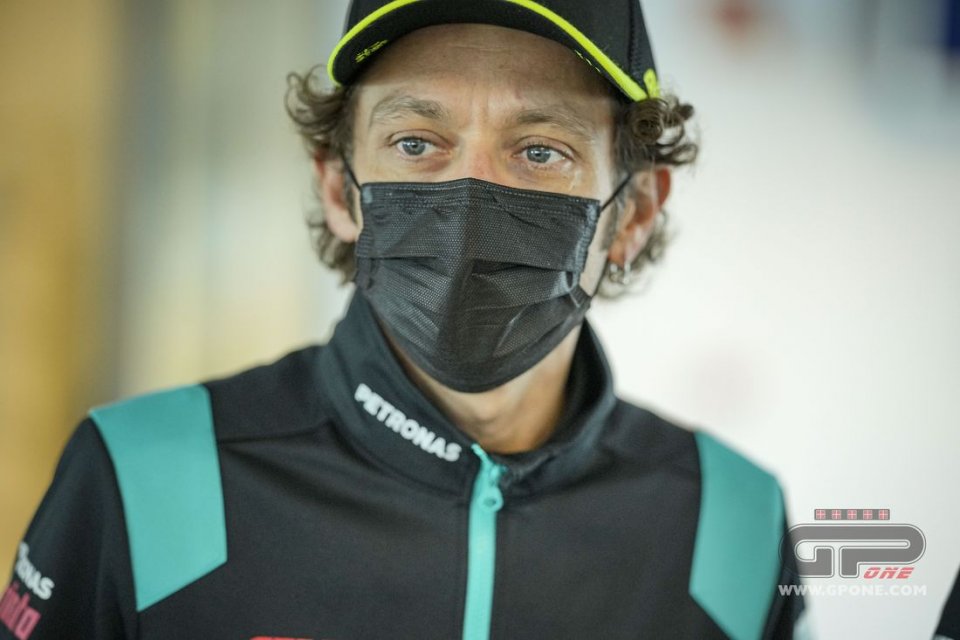 There is a timid smile on Valentino's face and it is more than one would expect after another dreary qualifying, which ended in 17th place. Of course we shouldn't expect miracles for tomorrow, but maybe Rossi will at least be able to have fun. For the moment (and he is the first to know) there will be no way of keeping up with the other Yamahas, including that of teammate Morbidelli, the oldest in the lot. Today it didn’t seem to be a limit for Franco, but the Doctor would also like to see him on a more updated M1.

“He is a VR46 rider and we have been asking for a factory bike for a long time, but Yamaha told us no - explains Valentino - He deserves it, because he rides awesomely, but I don't know what to do to get him one. However, he is also going well with his bike and I think he will have a great race tomorrow ”.

What do you expect instead for tomorrow?

"This morning I managed to improve a bit, I was 7 tenths off the lead, but 15th, there is an impressive balance in MotoGP. In the afternoon I had some electronics problems and I was unable to give my best, I'm not fantastic but I could have done a bit better. Now we will work to sort out the bike for tomorrow ”.

What changes have you made on your M1?

“We tried a different setup and now I can enter the corners faster. The problem is that these tyres are very soft, especially as regards the carcass, and you have to use them in a very smooth way, in fact I'm also working on my riding style ”.

Isn't there the possibility of using the hard on the rear here?

“I was hoping it would work as well as in Portimao, but it isn't, its performances are far away from the medium, it is difficult for it to be a choice for the race. If anything, there is doubt about the front, between soft and medium ".

You always have the same problems, are you finding a direction to follow?

“These are definitely not the results I would like, I would like to be further ahead and so it is difficult. I have no particular ideas, in the sense that there aren't any big things we can do, but there are areas to work on and it will also depend a lot from track to track. We will definitely try, the season is still long and we will do everything to be more competitive ”.

The high level of competitiveness does not help.

“There are a lot of young and very fast riders, this morning to be in the top 10 you had to lap a tenth and a half from the fastest, you practically had to take pole (laughs). I know I can be more competitive if I can improve my confidence with the bike ”.

Moving on to another topic, some riders complained about the safety of Jerez. What do you think about it?

“There are some points where the run-off areas are not enough for current MotoGP bikes, but other tracks are also at this level. It is always bad to see a rider crash into barriers and I think they talked about it yesterday in the Safety Commission, it is important to improve safety because the performance of the bikes always increases ”.