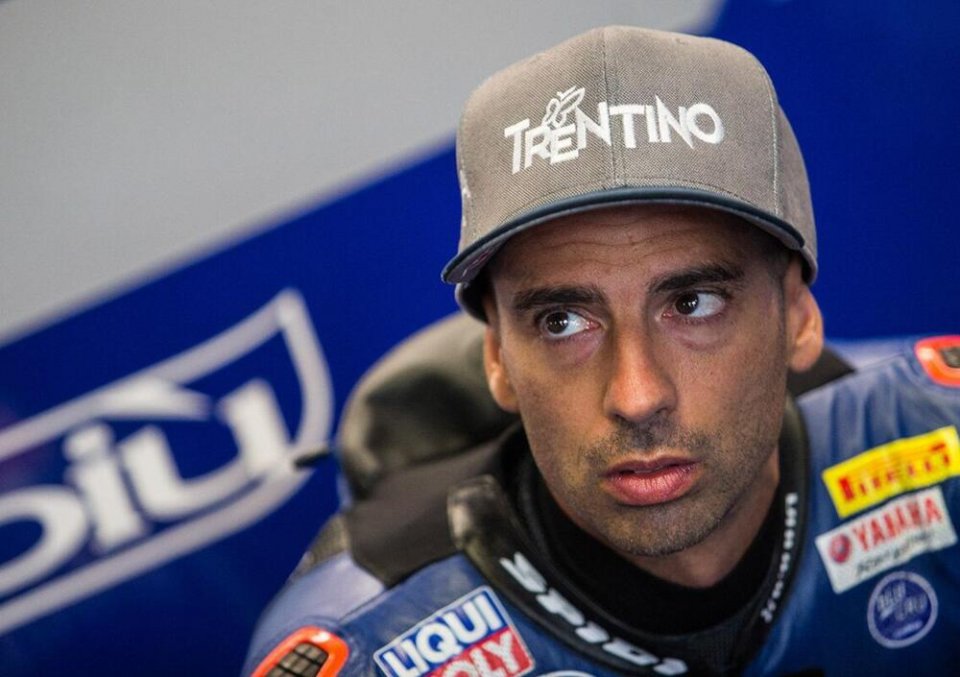 The appointment is for Sunday, at 7 pm, when the 2021 MotoGP season will get the green light in Losail. The inaugural GP will be streamed on DAZN, which acquired the rights to the World Championship last year.

Marco Melandri, who wished to give his opinion on the season that awaits us, will comment on the races together with Niccolò Pavesi: "I think the first two races in Qatar will be a bit particular - said the former MotoGP rider - two GPs to be taken with a pinch of salt, because they will mask the true values ​​on track, which will emerge only once they go to Europe ”.

Melandri did not shy away from making a prediction: "Ducati is the favourite here, but watch out for Suzuki, they were sandbagging a bit in the tests - he commented - I am convinced that in the second part of the race they will emerge and show their true potential and give a hard time to their opponents. As for Quartararo, I expect an attacking race from him here in Losail, he is aware of that and I expect a GP like this from Fabio".

Finally, a comment about Marquez's absence: “I'm very disappointed not to see a rider like Marc on the track - remarked Melandri - I thought he would be there after the tests in Barcelona and Portimao. Instead, we saw that the doctors did not want to risk sending him out immediately on the track. Now the decision to send him out is lived with terror and no one wants to take such a risk and then pay for it as happened last summer. In fact, everyone wants to remain buttoned up ”.

On the matter, the rider from Ravenna then added: "On social media I saw some videos of him riding the Honda and he seemed very comfortable and fast, I am of the opinion that if the first GP had been held at Sachsenring maybe he would have been there. I say this because Losail is a track with a lot of right-hand corners that put his arm to the test, especially under braking. The layout of the Sachsenring, on the other hand, because of the numerous left-handers, would have less of an effort from that point of view. Marc is certainly training hard and the confirmation comes from the fact that he went to Portimao, one of the toughest tracks in the whole championship, where the bike tends to move around a lot and is not easy to control ”.

Finally he expressed a wish: “I hope he will be back soon, because I am convinced that these months have been really difficult for him and he would not wish them even on his worst enemy. As for the world title, I don't think that after an injury like this he will come back with the aim of thinking about the title. He will have other priorities".