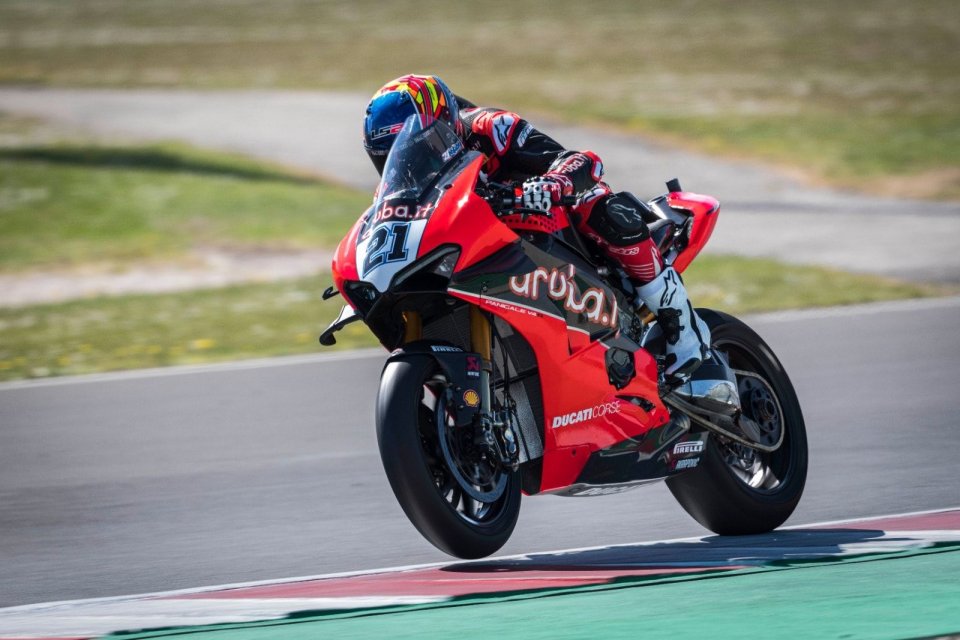 The Misano SBK tests ended with Michael Ruben Rinaldi ending the two days in Romagna in first place. He and his Ducati showed they can go fast right from the off and it seems that the move to the Aruba factory team hasn’t bothered the 25-year-old too much.

"I can't be selfish - he said - There is an entire company that is working for the same goal and I have to be open-minded to adapt to this new adventure. I'm in an environment of great professionals, the team can give a lot to me but I can bring a bit of Romagna craziness ".

You finished these SBK tests in first place, also ahead of your teammate Scott Redding. Is there already the basis for dreaming big?

“Finishing in first position in a test gives you something on a moral level but no points in the standings. Obviously being first without the number one, who is Rea, is very relative. Johnny is strong in all circumstances but I have done well compared to everyone else even if we don't know the work they have done. Scott Redding is the benchmark for Ducati and it will be like this throughout the season, he is working differently from me because he already knows the bike ”.

So what did you work on in these two days of testing at Misano? What convinced you the most about the Ducati?

“I am very happy with these tests, we had a clear workplan and we fully respected it. During the first day I made comparisons between the 2019 bike, that is the one I used last year in GO ELEVEN, and the 2020. At that point we saw that I was already faster and so we wanted to improve with the 2020. I'll try the 2021 bike in Barcelona but I am satisfied with what I did here, we just have to improve the bike over the one lap because it is too physical and moves around a lot”.

In fact, you also crashed when you were two tenths faster than your best time. We also saw that Can Oncu gave you a taxi ride...

“Yes, he had crashed in the morning and I brought him back to the pits, in the afternoon he returned the favour. As for the crash, I had to risk something because these are just tests, I was looking for the limit ”.

Rinaldi: "I tried the new Brembo brakes: I felt the difference"

Did you try the new spec Brembo?

“Yes, as soon as they were mounted they didn't seem like a real improvement but comparing them with the old ones I felt all the difference. Brembo did a great job”.

Where are you in your condition?

"Between yesterday and today I did a lot of laps and not having done any for a long time I really felt it. This winter I have prepared well and I feel 90% ready, these 2 months I will do the other 10% of preparation ".