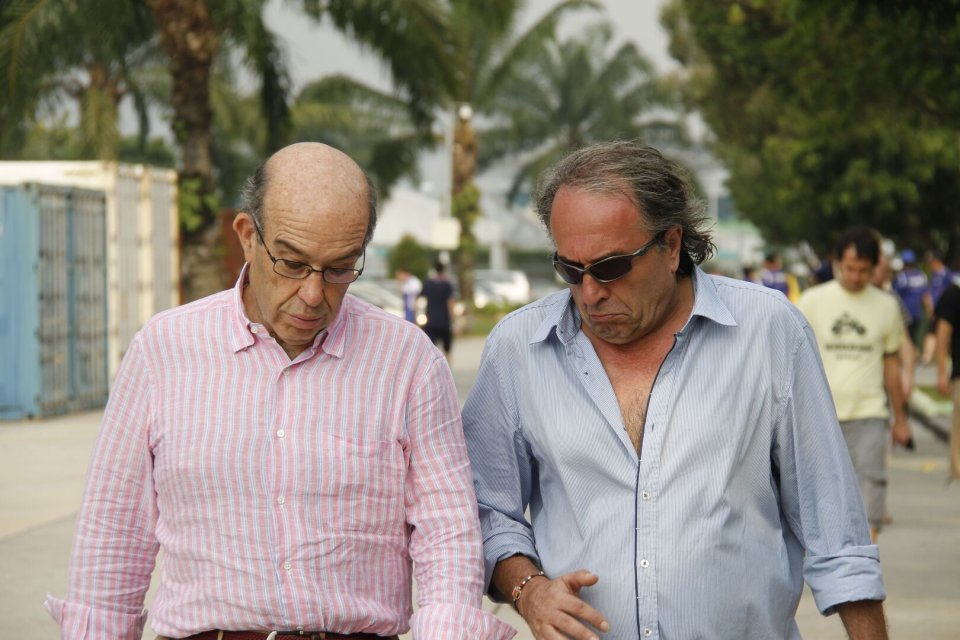 Today was vaccine day for many of the MotoGP circus, and among them our very own columnist Carlo Pernat, one of the best-known managers in the world championship. Here is what he had to say about it.

"The Dorna staff came to pick us up. Departure by bus from the hotel, obviously according to the shifts. After ten minutes of travel - says the Italian manager - we arrived in a brand new concrete structure, as big as the Olympic Stadium. There must have been 3000 workers, a massive but orderly queue. We were put into a fast lane, and inside they seated us in a waiting room, all spaced apart. The staff in charge took our passports, for the registration and then they brought them back to us with a number. Once taken you sit in front of desks where the staff with a computer writes you the vaccination card, with the dates. More back and forth and after ten minutes they let you into a room where there are at least 40 places. They take your blood pressure, have a look at you and then they give you the okay. Then the vial arrives, 5 seconds, a little prick, they make you sit down for about fifteen minutes to observe the reactions and then you go back to the hotel. I felt like I was in 2050, for the way everything was perfectly clean and organized. I have to say thank you Carmelo Ezpeleta, you have organized something fantastic for the MotoGP family. "

Alongside this experience, the arrival of Marc Marquez now seems certain; the Spaniard is expected to land in Doha with a private plane, undergo the vaccination procedure and then go back to Spain. To then return to Losail for the second jab of the vaccine and the start of the world championship. It is still not known if he will take part in practice for the Qatar GP.