Mika Kallio will skip the MotoGP tests in Qatar, which will be contested for KTM by only Dani Pedrosa. Despite the Spaniard's arrival in the role of test rider, in recent years Kallio had also had ample space on the RC16, both in tests and in races to replace any injured riders or, as in the recent past with Lecuona, put out of action by Covid.

The Finn suffered a fractured tibia and fibula during a race on the ice. Although he also managed to stay in the saddle after losing control of his bike, Kallio must have suffered a recoil, pluasantly from the platform, that cost him dearly. In a post published on his Instagram profile, he provided details about the incident.

"Tibia and fibula surgery awaits, unfortunately sometimes a small stupid mistake has painful consequences. Not what I had in my mind for today’s iceroadrace, will be forced off bikes for 7-8weeks to recover. Apologies to those concerned, this is the darker side of racing, even as a hobby". 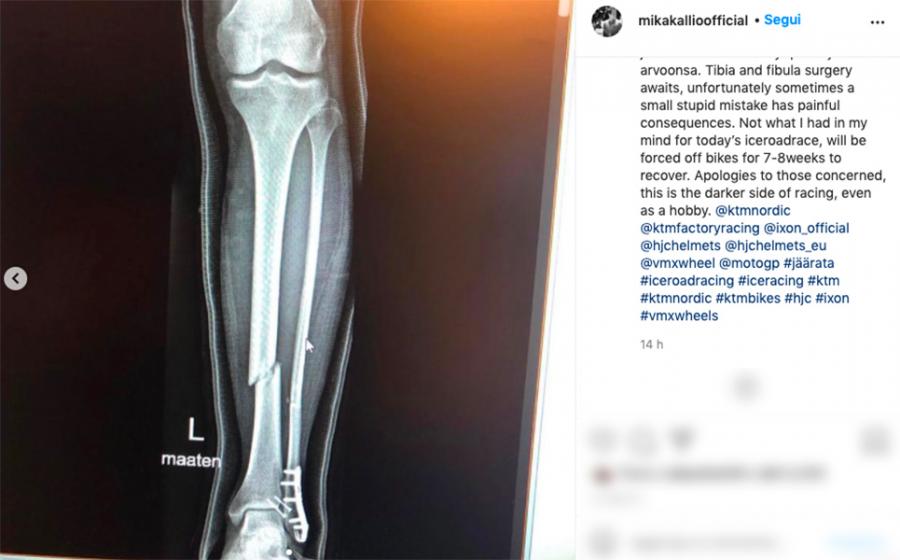 The newspaper "Iltalehti" reports on its website that construction companies Maanrakennus Pekka Rautiainen ky and Macra oy have filed compensation...
3 days 4 hours ago