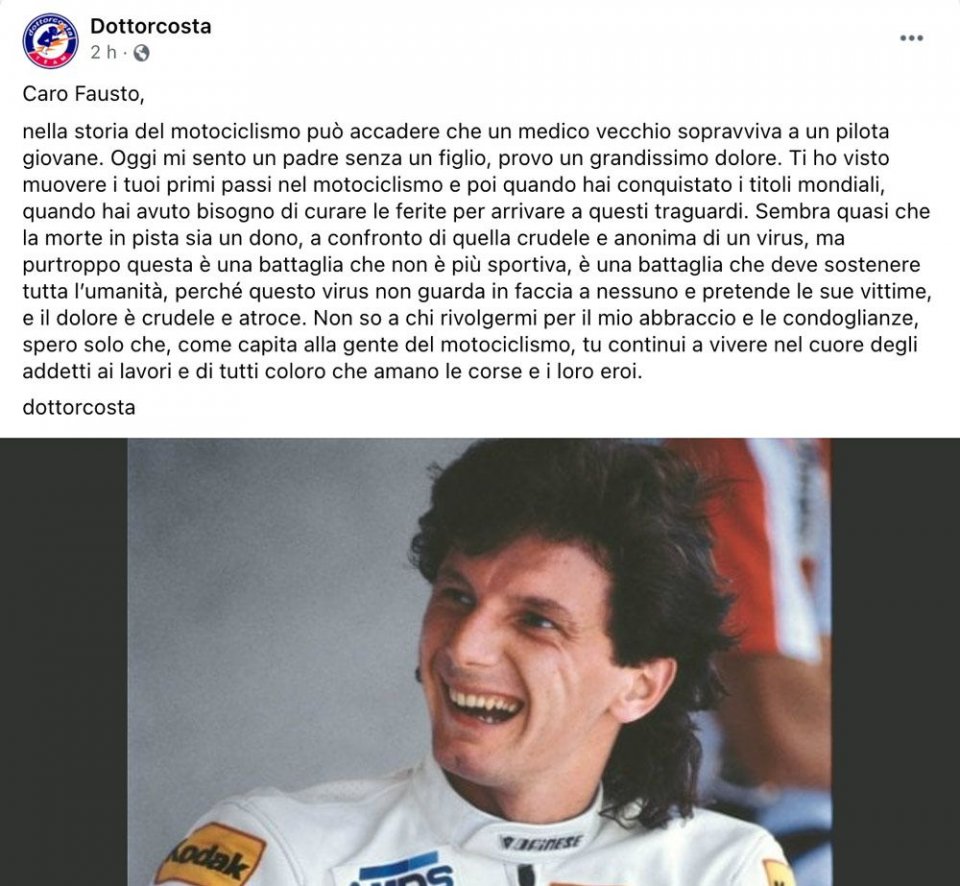 The news of Gresini’s death touched the hearts of all those who work in the World Championship, because Fausto left everyone with a precious and profound memory. Among the many voices who wanted to greet him on the web, there was Dr. Claudio Costa, who dedicated sincere, pain-filled words to Fausto.

“Dear Fausto,
In the history of motorcycling, an old doctor might end up outliving a young rider. Today, I feel like a father without a son. I feel immense pain. I saw you take your first steps in motorcycling, and then when you won the world titles, and when you needed to heal your wounds to reach those milestones. Death on the track almost seems like a gift compared to the cruel and anonymous one of a virus. But, unfortunately, this is a battle that no longer involves sports. It is a battle that all humanity must sustain, because this virus takes no prisoners and demands its victims, and the pain is cruel and atrocious. I don’t know who to turn to for an embrace and condolences. I just hope that, as what happens to those in motorcycling, you’ll continue to live in the hearts of the professionals and all those who love racing and their heroes.”

Farewell to Aurelio Longoni, the King of Regina chains