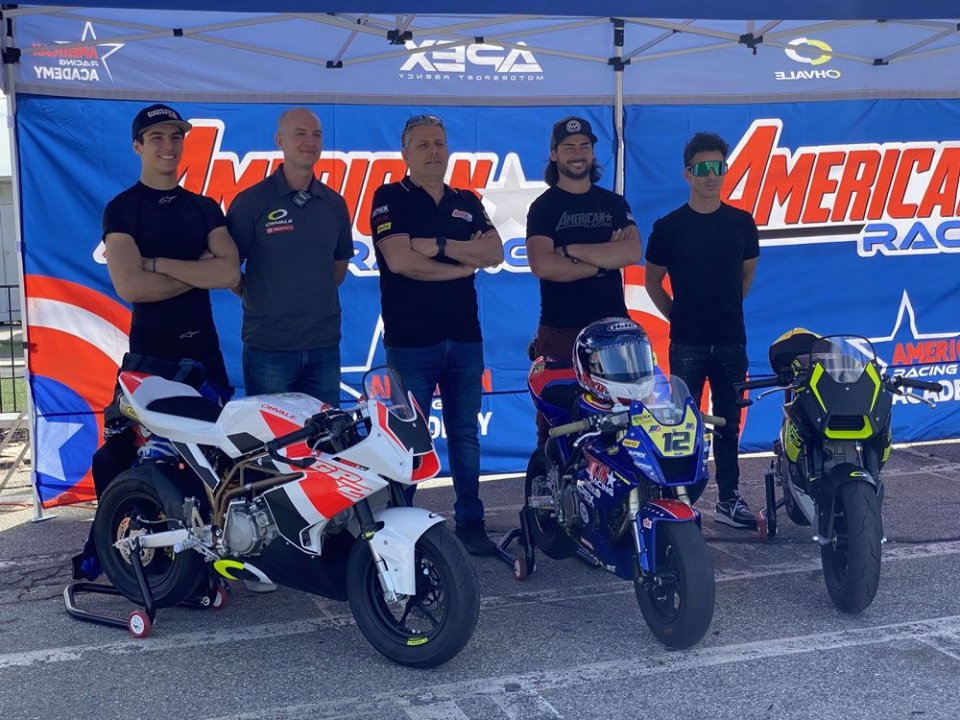 The continued partnership and support come after the success of the American Racing Academy program which was created to develop and train young American riders to help them achieve their goals of becoming professional riders and compete at the world championship level.

The Academy is managed by former MotoGP and MotoAmerica riders John Hopkins and Roger Hayden. Hopkins and Hayden have support from a number of current professional riders including Toni Elias and Sean Dylan Kelly.

Young riders accepted into the Academy program are provided coaching and training support as well as motorcycles to ride, gear, helmets and access to track days throughout the year. In addition, Academy members receive commercial and legal advisory assistance.

“We would like to thank Brandon Cretu from Ohvale USA and Marica Barbiero from Ohvale Italy for their faith, trust and support of the Academy,” notes American Racing Moto2 Team and Academy owner Eitan Butbul. “Because of their support and trust we will be able to extend the program to additional young riders across the country and help promote road racing in the United States, especially as this season Dorna (MotoGP) decided to start the MiniGP World Series that will be run with Ohvale bikes.”

Brandon Cretu (Ohvale USA) says: "We're proud to extend our partnership with Eitan and his programs both with the Team and the Academy.  Efforts like these are crucial in helping to strengthen the sport here in the United States and provide opportunities for young riders to make a career in the sport.  We are optimistic that with the introduction of the FIM MiniGP World Series we will see newfound interest and growth in the sport from youth riders in the US and around the world."

Butbul and Hopkins, through the Academy, continue to work to identify and recruit additional talented young Americans of different ages to join the program.

“The goal of the Academy is to prepare the next generation of world-class American riders,” states Butbul. “We want to have the best available platform for these young, talented riders and give them the opportunity and support they need to get to where they want to go.”