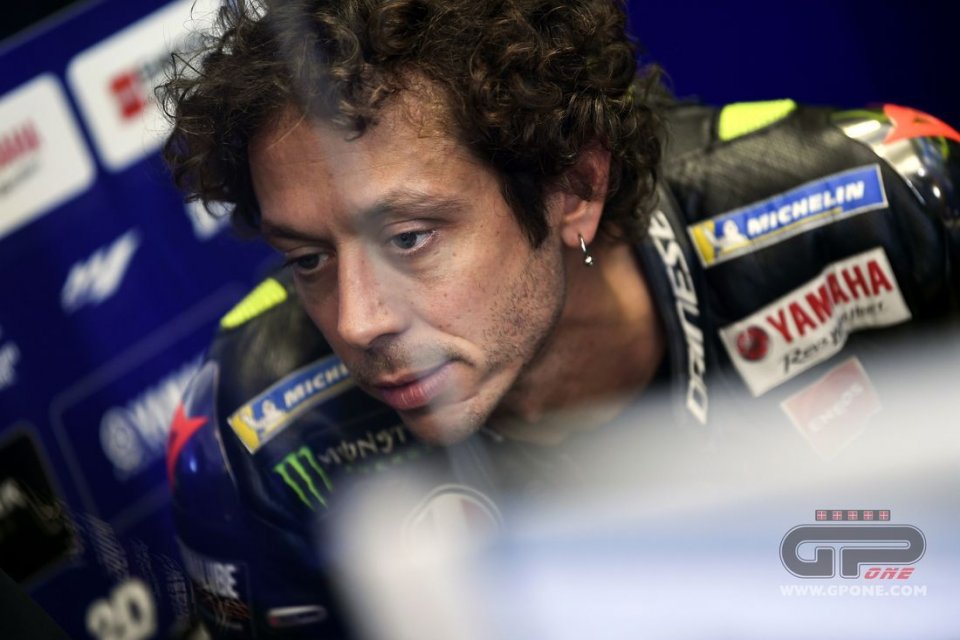 The last three races have not reserved much joy for Valentino Rossi due to as exactly the same number of crashes and not even one point taken home. Now Aragon awaits him, where two consecutive Grands Prix will be held, and it is not one of his favourite tracks.

At the MotorLand, the Doctor has been on the podium only 3 times in 10 editions and the last time was in 2016. Being competitive (as he had managed in Barcelona and Le Mans) will therefore not be an easy task for him. With a 57-point gap from the championship leader, the championship is now over for Valentino and the goal is just to be able to do some good races.

“After the race in Le Mans the team has travelled to the MotorLand circuit for two back-to-back races - he said - This has always been a difficult track for me, so it will be challenging to be strong here. But this year I‘m quite fast, and I have a good feeling with the bike. So, we will work hard again and try to understand if we can also raise our performance level in Aragon.”

The chances for Maverick Vinales to win the title, however, are still intact. In France he lost little ground from Quartararo and is only 19 points behind his fellow Yamaha rider. Furthermore, the Spaniard likes the circuit very much.

“I‘m really happy that the next rounds are held in Aragon. It is a track that I love, one of my favourites. I usually ride really well there and, for sure, I will give it my all this weekend. It‘s sort of my home GP, and it‘s my goal to put in my best performance of the year so far. Last year we already came close to the podium, so I think that we can do a good job again this time round.”