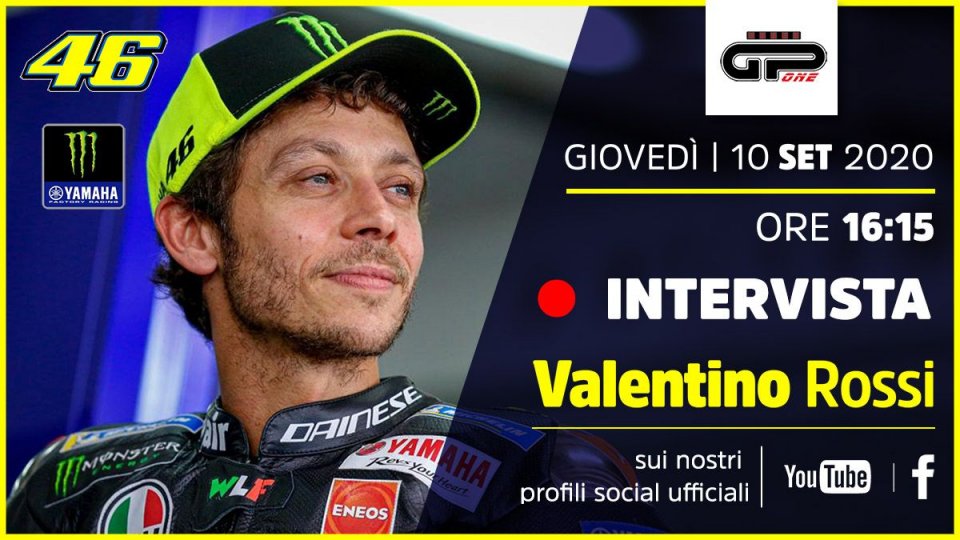 Valentino Rossi is gearing up to face the double-header rounds at Misano, a sort of double home race for the rider from Tavullia who often does training laps on the track, named after Marco Simoncelli, together with the guys from the VR46 Riders Academy. Before starting the sequence of commitments that will accompany him throughout the weekend, Valentino, who many years ago in Qatar baptized our new logo, decided to grant us an exclusive interview to talk with Paolo Scalera and Matteo Aglio about a number of different topics.

From the strange 2020 season that MotoGP is experiencing to the thrill of returning to doing a race in front of a limited number of fans, without neglecting the subject of his future that will probably be linked to the Yamaha Petronas Team. His signature has not yet been confirmed, but a lot of observers are betting that the announcement will arrive during the Misano weekend.

We have also received numerous questions from fans for Valentino, choosing the most interesting ones to ask the legendary champion who in recent races has been the most consistent Yamaha rider on the track. In such an uncertain world championship, long-term consistency will pay off and Valentino's world championship chances are still intact for now. A classic touch of genius from  the champion would be needed now and Misano seems the perfect place to find it.