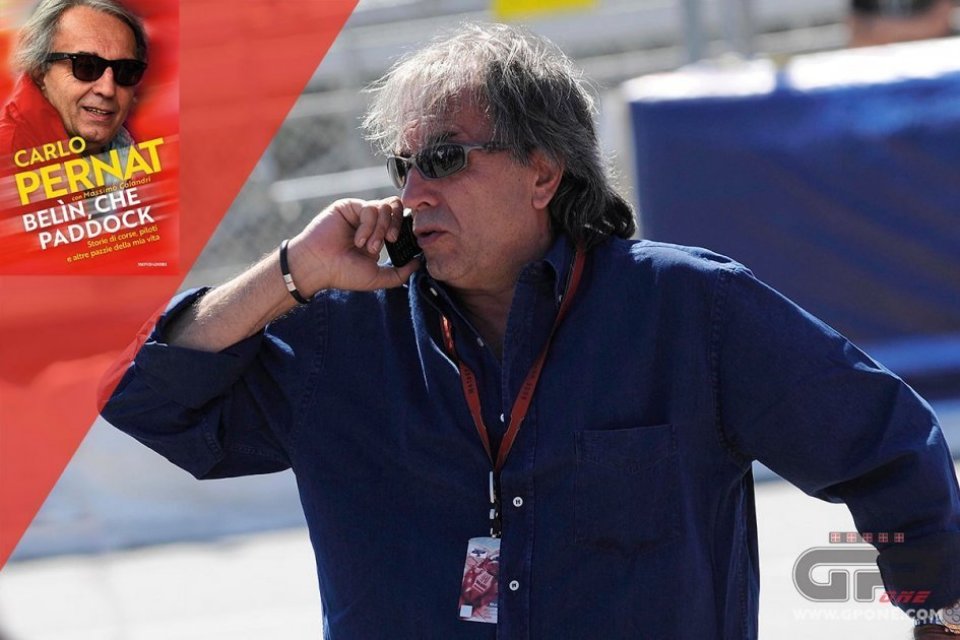 Carlo Pernat commented on the Jerez Grand Prix directly from Sky TV's Race Room booth, but after experiencing this second appointment with MotoGP, he has been giving his detailed analysis about what happened on the Andalusian circuit. A lot of attention regarding Marc Marquez's attempt at a lightning-fast return, and obviously an evaluation of all the protagonists, which for some reasons Pernat defines as embarrassing.

Pernat does not use this term exclusively in a negative way but he does find it particularly suitable for outlining all the topics that accompanied the Andalusia Grand Prix, creating the conditions that will next be found at Brno on August 9th.

"First I want to talk about Marquez. I fully agree with what he did, it was not just a practical thing, but above all a psychological manoeuvre. He wanted to show everyone that not even a tank could have stopped him. He showed up to give a psychological blow to all the other riders. He didn't race, he couldn't do it obviously. I am convinced that he already knew he couldn't race and that he really did it only for psychological reasons against his rivals. He had made an incredible comeback, so being on the track one week after that accident was a shock to everyone. He was also the undisputed protagonist of all the television and journalistic aspects of the weekend. Everything was focused on Marquez, he succeeded in his aim. I'm curious to see what will happen in Brno at this point. "

With Marquez out of the game, it was an open challenge between Quartararo and Vinales, who has now had to suffer two wins by the Frenchman.

"The world championship is certainly not over; when Marquez returns, I am sure he will do some crazy stuff. I am curious to see what will happen when Quartararo battles with him, because at this moment it is clear that he is the only anti-Marquez. The point is that today the opposite can also be said, namely that Marquez can be the anti-Quartararo. Fabio has 50 points and he deserves them all. The confrontation between Quartararo and Vinales is a bit like the old fight between Rossi and Biaggi. It seems to me that Fabio is similar to Valentino while Maverick is similar to Max, but it's not about how they ride, but rather about their mental approach. How one of them is extroverted and happy, and the other is introverted and a harbinger of mistakes. Let's see how it goes, it's a family battle in a world championship in which Valentino might also have something to say. Marquez's two zeros weigh heavily, even though he could even return to win almost all the races. He won't be the same as before for sure , but if he succeeds, he will achieve another exploit. "

Marquez was the protagonist without even racing, but the real protagonists were others and also deserve Pernat’s attention.

"As for all the others, I am forced to use a single word and this word is ‘embarrassing’. For me it is a term that can be divided and used in many ways. Valentino Rossi's third place is ‘embarrassing’, but obviously in a positive sense. Who ever imagined after the disaster of the first race to see him on the podium? Quartararo's success was also ‘embarrassing’, he was the usual 5 or 6 seconds ahead of everyone else. He raced alone; if he had put on Marquez's leathers, he might have seemed him. Vinales is also ‘embarrassing’, but in a different sense. He always starts as team leader, aiming to win, to dominate and then something always goes wrong. He has twice suffered a defeat by Quartararo, big defeats even. For me, this is ‘embarrassing’. The same word can be used to describe the engine failures, that of the Ducati of Bagnaia who was guaranteed a podium, which would have been wonderful. But the broken Yamaha engines, which are already mounting up, are also embarrassing and dangerous. They have problems, it seems clear to me. If we go and have a look at the race, the Ducati in the first race had impressed me, while in the second I was a bit disappointed. Dovizioso was especially ‘embarrassing’, a tactic that I’m unable to define in any other way. Practice sessions and the race. It didn't even seem like him. "

There were no shortage of positive comments about the Italian riders...

"Obviously, there are positive things to say about Bagnaia and Morbidelli, as well as Valentino, whom we have already talked about before. I don’t want to call Bagnaia a hero, because maybe that would be exaggerated, but he certainly was a key player. I see Bagnaia more a protagonist than Valentino, but I don’t say this in a negative way against Valentino who fully deserves that we take off our hats and have the utmost respect for him. But Pecco was second, after a wonderful race, with wonderful overtaking. The protagonist was undoubtedly him. But his engine broke. it wasn't his fault. Coming in second would have helped him make another leap in quality, which in my opinion he actually did in any case. He was missing the icing on the cake with second place, but it will come. Morbidelli also did a great race, he is still missing a little bit but very little to be on the podium. These are the positive notes. "

"We all know how Honda is, it has an extravagant, strange policy. Call it unprofessional. You can't have a single rider, even if his name is Marc Marquez. The main mistake is not having put Crutchlow in HRC, swapping his place with Alex Marquez. They did it for 2021 by putting in a patch, but this year it will be up to Marc to patch things up. "

In Jerez there was also the triumph in Moto2 of Enea Bastianini, with an all-Italian podium completed by Marini and Bezzecchi.

"I would also like to spend a couple of words for Moto2, for Bastianini’s great race. Three Italians on the podium has not happened for ages, Enea, Bezzecchi and Marini have shown that they have all the right credentials to fight for the world championship and maybe Bastianini with this victory has started to bloom. We have a nice group of young guys who will be able to have their say in MotoGP, the Italian nursery of talent is not bad at all today. Even in Moto3 it is the same. Too bad for Arbolino, good for Vietti and I would say these two are guys to bet on for the future as well ".