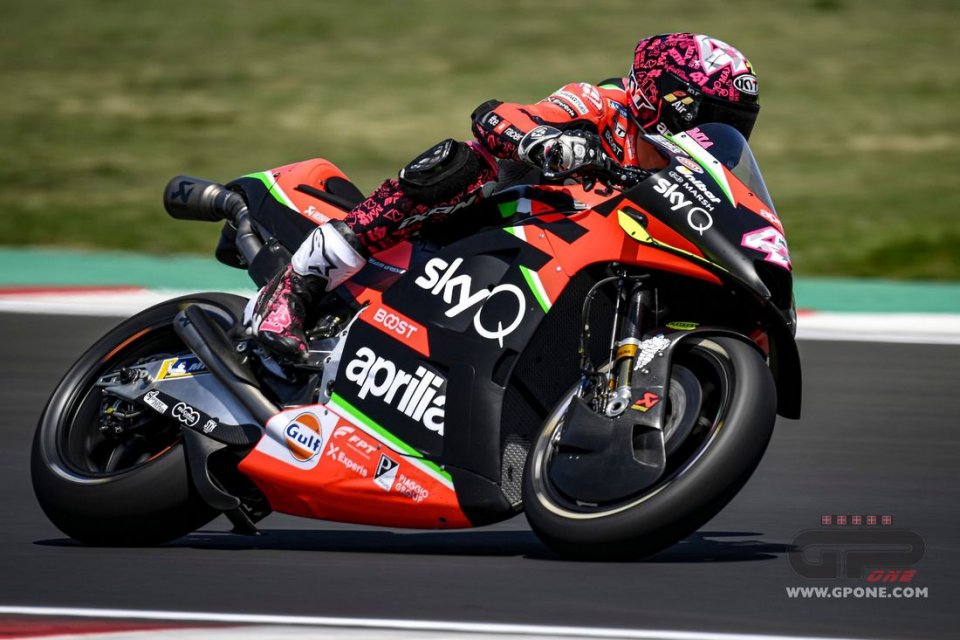 The tests that kicked off today in Misano are certainly important for all the manufacturers involved, but in Aprilia the three days in Romagna assume a probably fundamental importance. Although the new and revolutionized RS-GP saw the light in the pre-championship tests in Sepang and Doha, its "growth" was abruptly interrupted by the Covid crisis, which turned these last few months into a lengthy stalemate.

As a result, the Misano test has become an extension of the winter, with important decisions to be made. The first concerns the engine, given that between the two under consideration it is necessary to choose one to be homologated in view of the upcoming season.

As a result, not only will the issue of performance be important, but also reliability: in this sense, the problem that occurred to Smith in the morning, with the bike stopping in the middle of the finish straight, could represent a worrying sign, but Aprilia immediately confirmed that it was a typical “teething” problem.

Another hot topic concerns the chassis, widely revised on the new RS-GP available for Aleix Espargarò and Bradley Smith: for the moment all is quiet on the Aprilia front on the direction taken by the men in black, but expectations are certainly high, like the temperatures that are accompanying this first day of testing in the Adriatic seaside resort.

The video circulating on the web reveals a disconcerting episode in the Moto3 paddock. Tom: “I kept quiet because I wanted to keep my ride. That’s...
18 hours 27 min ago

“I was leaning too much. It happens when you push on a MotoGP. I have injuries all over my body. I’ll have to wait and understand my condition. It’s...
1 day 12 hours ago

The calendar for next year has been set and will be made public today. After Kazakhstan, another country enters the World Championship.
1 day 19 hours ago