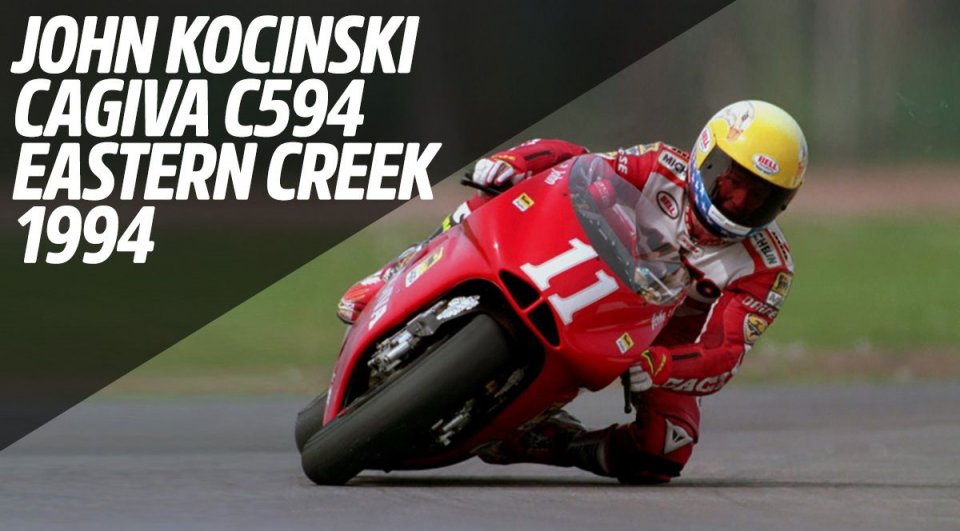 The year 1994 started great for the Castiglioni brothers, because the rider they had chosen to ride their Cagiva C594 thought it was a good idea to immediately give away fireworks. John Kocinski had arrived at the court of the House of Varese towards the end of 1993, immediately taking two excellent positions at the foot of the podium and the stratospheric victory at Laguna Seca, the penultimate stage of the world championship.

A great way to present yourself to the 1994 championship, with the C594 that in its tight red dress promised absolute marvels. The bike had reached the top of its development and Kosinski was going through a great moment of form. A true mad horse, the American was already famous for his impromptu releases, but also for his crystal-clear talent once on the saddle.

He literally dominated the first race of that 1994, the real swan song of the splendid Cagiva 500, taking the lead immediately and then not giving up until the chequered flag. The race also gave other emotions to the Italian fans, because in addition to the success of the Italian bike, Luca Cadalora was the protagonist of a masterful overtaking in the race against Mick Doohan, with a braking on the outside that the Australian probably still remembers.

HERE ARE THE HIGHLIGHTS OF THAT WONDERFUL RACE