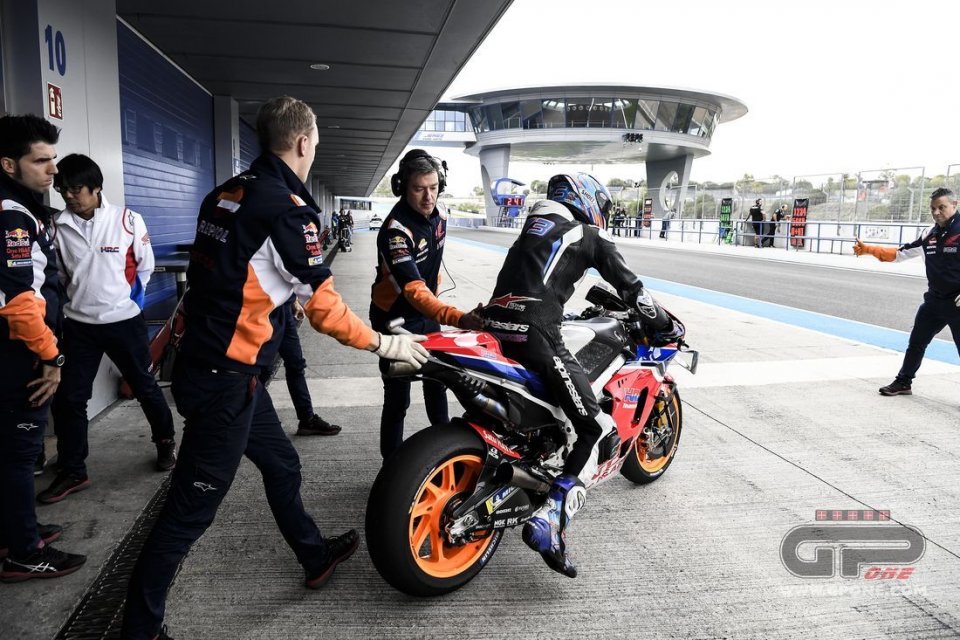 The MotoGP is heading towards a greater number of races and a lesser number of tests. But this could cause a problem in all the classes because, without private tests, young riders won't be able to test their bikes. Especially in the MotoGP, where one rider can replace another only in the event of an injury or other specific reasons.

That's why the Grand Prix Commission worked on the regulation and introduced some changes.

The first, which is valid for all classes, states that teams can replace one of their own riders with another for the entire test or part of it. Logically, the maximum number of test days doesn't change, and the rider and replacement rider cannot be on the track at the same time.

To use an example from other sports, it's as if each team had reserves on the bench for tests, who can then replace regulars.

The MotoGP teams, with the exception of those that  make use of concessions, have no private test days, unlike those of the Moto2 and Moto3. The days they have replacements count as those allowed for them.

There's also something new for the wild cards in the MotoGP. Until this season, riders could not be registered as wild cards in consecutive GPs. This limitation will be eliminated for those manufacturers that benefit from concessions, which provides 6 wild cards per season. Some riders are also involved in the MotoE championship, and this made it difficult to respect the limitation.

Finally, the last change concerns the starting procedure in the event of a wet race for the Moto3 and Moto2. If the race has to start over due to a change in weather conditions, the distance of the race will be reduced to 2/3 of what was initially set.

Canet: "Behind all the tattoos I'm the same guy as always, someone...