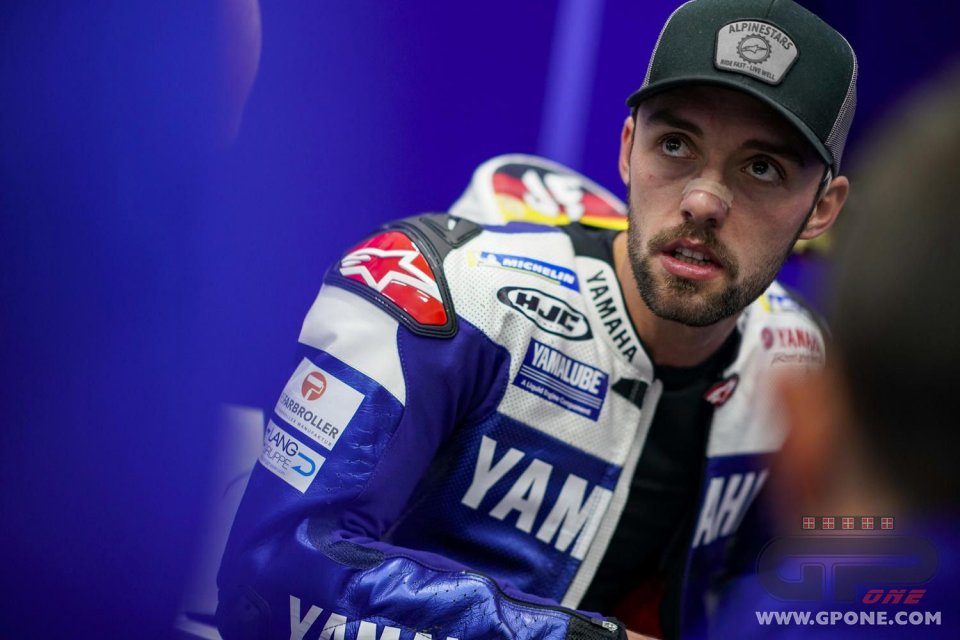 Jonas Folger has not been confirmed by Yamaha as test rider for 2020, news that the rider himself published yesterday via his social media channels. News that comes as something of a bolt out of the blue, because an agreement between the German and the Iwata manufacturer seemed as good as done, something that Yamaha management had strongly suggested (read Meregalli's statements HERE).

When Johan Zarco split with KTM, a very different scenario seemed likely as, considering the Frenchman's speed aboard the M1, and particularly in the absence of valid alternatives for the rider, many presumed he would returjn to the bike on which he impressed during 2017 and 2018. Fuel was added to this fire with news of Silvano Galbusera's arrival on the test team. A series of circumstances that would have seen Yamaha with a test team to match the level of its Factory outfit.

In reality, once Zarco agreed to compete in the last three races with Honda, as part of Team LCR, things changes, and it looked certain that Jonas Folger would be confirmed as test rider again in 2020. Yet the situation has developed, and here are the rider's comments, he himself stating that he interrupted any negotiations regarding a possible move to Moto2 or SBK in 2020, and so is currently without a ride for next season.

"This bad news has come as a surprise for me. I had the verbal agreement that Yamaha wants to continue with me and even expand this project. We were already talking about what the test plan might look like. But then suddenly came the rejection, although I was promised that I should soon receive the contract."

Already this season, Folger's commitments were few and far between, raising a few doubts about the continuation of the collaboration.

"But it was decided that their test programme should again be carried out exclusively by Japanese riders. So I was stopped for a long time.  The disappointment is great, of course, because I was focused completely on this project and cancelled all other options for next year. Too bad, it would have been a very interesting challenge and at the same time a versatile task which I would have been very happy. In the role of the test rider I’ve also learned a lot so far. But at the moment I do not know how to continue my career. There are not many reasonable options at this late stage."

Yamaha's decision is difficult to interpret. While on the one side it's true that the test team has been strengthened by the arrival of Silvano Galbusera, there is still no key rider, needed to bring the M1 to its limits and provide truly valid feedback. The manufacturer's rivals all have an ace up their sleeve in this respect, Ducati with Pirro, KTM able to count on Pedrosa, Honda using Bradl and Suzuki and Aprilia  entrusting Guintoli and Smith respectively.

In today's MotoGP it's important to have a really fast test rider, at the level of the official riders, so if Yamaha has made this move with Folger, it must mean that is has a valid Plan B that it will reveal shortly. Valencia is just around the corner, bringing not only the final round but also the first winter tests. We'll soon learn the name of the test rider who will replace Folger.