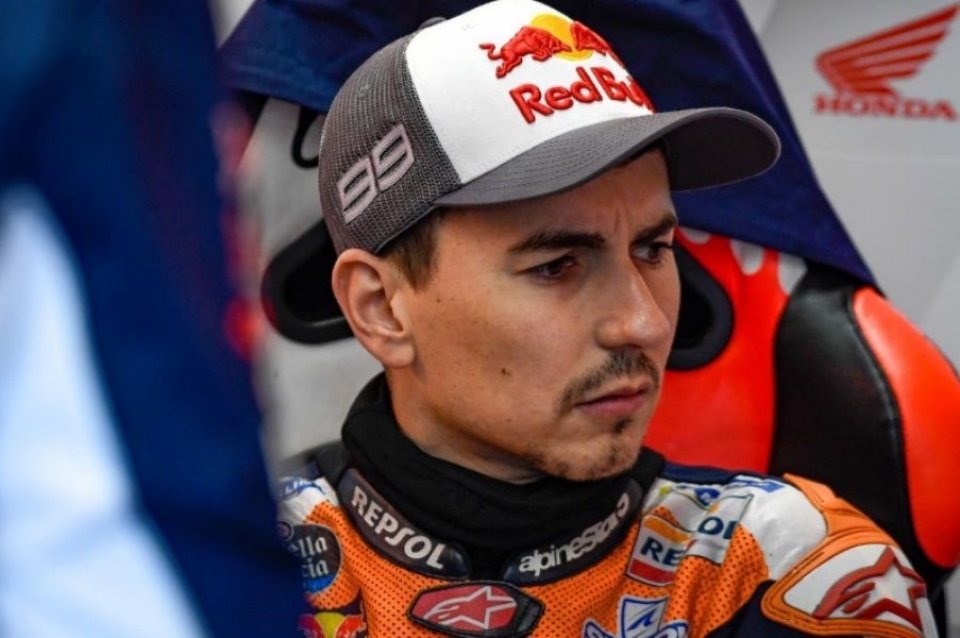 Sepang put a strain on Jorge Lorenzo but, apparently, the Malaysian GP is not one the rider from Mallorca should throw away. That's because, ever since he got back on the track after his injury in Assen, his 34-second gap from the winner is the shortest ever. Jorge tried to keep his spirits high, quickly setting his mind on the final race in Valencia.

"Starting from behind is always difficult," Jorge began. "When you're in the last position, you have to deal with the riders who start in front of you, and the turbulence that the wings create make the front difficult to manage. I suffered a lot with a full tank, since the bike wouldn't stop. But I still tried to find my own pace, improving the moment the fuel level dropped. I brought home two points that will be useful for the team, in view of the Valencia final, compared to the Ducati."

So Lorenzo sees the glass half full.

"I managed to be the most consistent rider, since my performance was the same as my flying lap. So, we can say the jackhammer is still around, but the mantequilla (tn. butter) is still missing," he said smiling.

Instead, Johann Zarco showed he was competitive with the Honda.

"Johann is physically strong. He has no injuries and has lots of energy. The 2018 Honda is less physical and more gentile on the tires. Seeing his telemetry, he lost nothing in the straights, and it's a surprise, unlike what Nakagami did. I think he had a good race, while I managed to be faster in Malaysia than Japan and Australia, but it's still not enough."

Soon Lorenzo will be in Valencia for tests.

"Like I've always done in my career, I think day by day. Once the race in Valencia is over, I'll start thinking about the tests. But first there's the race, where I'll have to help Honda win the triple crown, knowing that the track there is not entirely favorable for the Ducati. It obviously won't be easy, since we'll have to understand what the weather conditions will be. Personally, I feel better one race after the other, and I think that I'll be even physically stronger in two weeks."

His face expresses a certain serenity

"Like I said, the most important thing is that I was the most consistent rider on the track. In the end, I finished 34 seconds behind the winner, which is the shortest gap since I got back on track after my injury in Assen , and I think that's important."