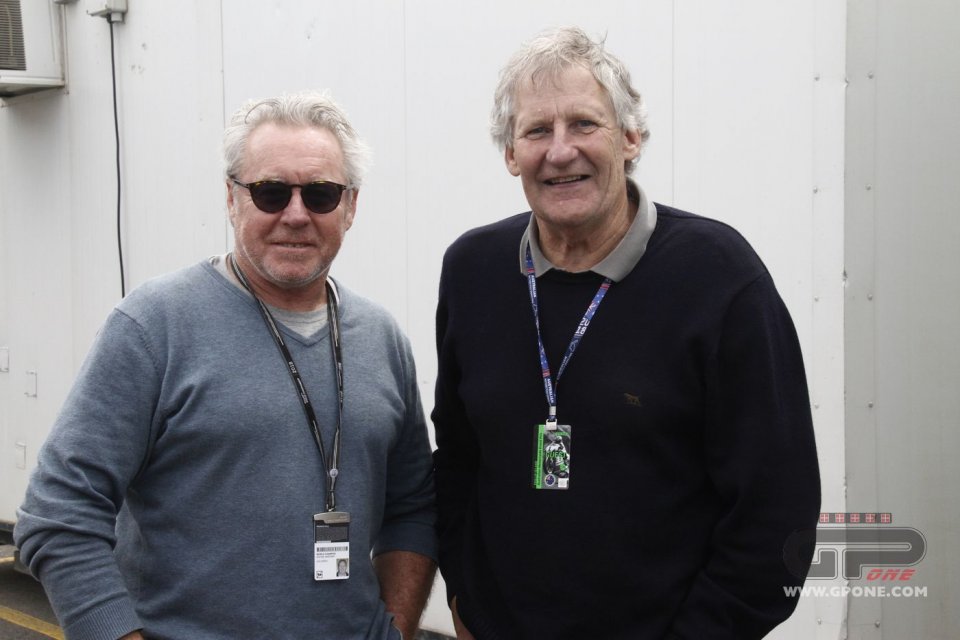 Jeremy Burgess needs no introduction. He was with Freddie Spencer in 1985, while Erv Kanemoto was in charge of the 500, in the year of Freddie Spencer's double title.

He accompanied his fellow countrymen, Wayne Gardner and Mick Doohan, to the championship, then Valentino Rossi, who won the last 500 cc title with him in 2000, and followed him in the next six World Championships in the MotoGP.

Burgess, who rarely loses an Australian Grand Prix, said that, while he would like to see Rossi return to his winning form, he thinks that Marquez will be hard to beat.

"My heart says Valentino, but my head says Marquez," Jeremy revealed to motogp.com.au. "Marc has never had much luck in Phillip Island. Last year, for example, he was extremely unlucky."

Burgess, who followed Valentino into Yamaha in 2004, with his entire team and then, later, in the controversial transfer to Ducati in 2011, gave his final verdict when speaking of Rossi today.

"Maybe he's been around a bit too long," he said and then added, "The thing that worries me, and it's sad, is that he finishes the race in the same position he qualified. We never worried in the past when he would occasionally start from 10th place because we knew he would have gained four or five positions and that he would have reached the podium or would have fought for the podium."

He doesn't add anything else, but the impression he gives is that the situation represents a steep slope down which Vale is slipping.

He's currently impressed by Marc Marquez.
Marquez continues to impress him mainly because the other Honda riders are far away.

"It's exciting to watch because I'm not convinced that Honda is necessarily the best bike out there," he explained, then made an observation, "Look at the performance of the other Honda riders, for example Cal Crutchlow. Cal is a rider who I think is able to compete a little closer to the top positions, but he's not doing it."

Speaking of Jack Miller, who everyone is eager to see in the home race, Burgess said he was impressed by the Australian's speed, but he highlighted some critical points.

"He did some very exciting things this year, and some of these might have slipped a bit under the radar. He's often been ahead with the best, in the first laps, but has sometimes chosen the wrong tire. He's learning that choosing another tire is sometimes necessary, but that's all part of the learning process."

The official announcement came today. The rider from Ascoli: "I have no expectations other than to return to a serene and clear climate inside the...
19 hours 44 min ago

This is the first MotoGP pole for Honda since Pol Espargaro at the British GP last year (21 races), ending the longest sequence of successive premier...
1 day 38 min ago