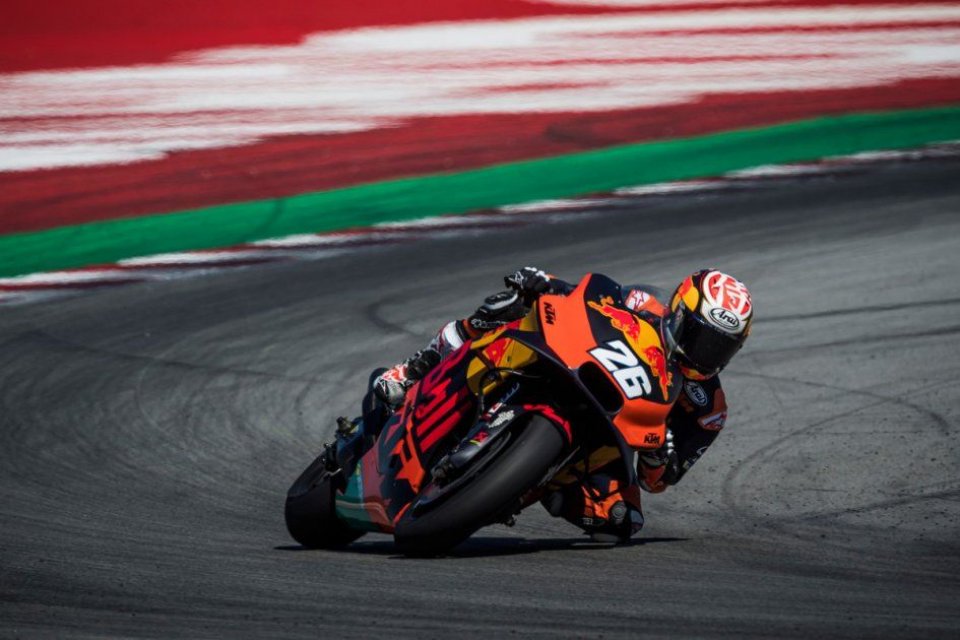 Without a doubt, this is one of the great disappointments of this season. We're obviously talking about the KTM, which dreams of playing a leading role in the MotoGP, but it has to continue being an extra instead. The Austrian team still has ambitions, but the results are far from those that were its expectations, except for sporadic appearances in the upper echelons of the class.

What's more, it had to come to terms with its separation from Johann Zarco in 2019. In fact, the French rider seemed to be the one who could have gotten the RC16 off the ground. Instead, the road immediately become a uphill climb, between the disappointment and discomfort that caused that farewell.

So there's a 2020 on the horizon that awaits the Austrians, where the watchword is undoubtedly redemption. The trellis tube was placed under a magnifying glass several times, will all the doubts and perplexities involved, as well as the low power of the engine.

At this point, there is no time to lose, and KTM is already looking at the upcoming season. This is why Dani Pedrosa will be busy on the RC16 from Thursday to Saturday, preparing for a three-day test on the Aragon track. This is the fifth appearance for the Spanish rider after those in Barcelona, Brno, Red Bull Ring, and Misano. It'll be an opportunity to try some new features and trace the path towards the next Championship.

That's because 2020 is just around the corner, waiting for the Austrian team, but there are still questions to be answered. At the moment, we don't know who will be taking Johann Zarco's place, and the same goes for the rider from Malaysia, Syahrin. The track leading to Gardner was explored, but the Australian sent the offer back to sender while, in the last few hours, Iker Lecuona's name emerged as the main candidate to team up with Pol Espargarò. The only certainty among the many rumors heard in the paddock is that time is pressing.

Meanwhile, on the Aragon track, activities will start today, since Bradley Smith and Aprilia will be busy until Wednesday, then leaving room for the Spanish rider.

Among the other teams, Webike SRC Kawasaki France Trickstar (EWC champions) and Moto Ain (Superstock champions) will use the French tyres
2 days 3 hours ago

He tells of the horrendous crash in which he nearly lost his life and recounts tales of gangsters, glamour models and glory in one of the most...
2 days 12 hours ago

VIDEO - The two brothers will wear special graphics to show their solidarity at this time. Helmets, gloves and boots will then be auctioned off for...
3 days 9 hours ago