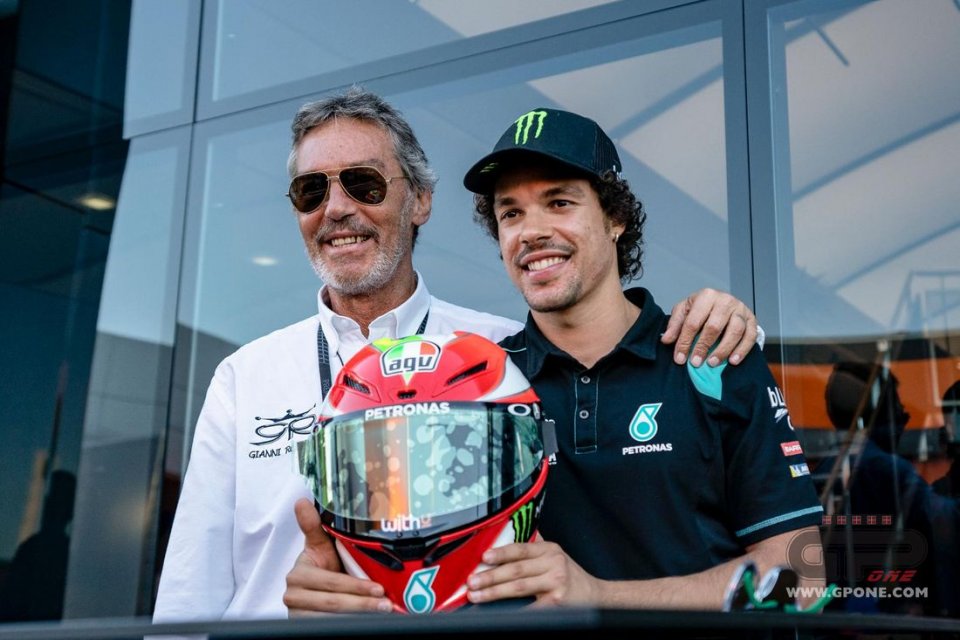 Franco Morbidelli chose a really special helmet for the Misano GP. The idea was Gianni Rolando's, former 500cc rider from the 1970's and the beginning of the 1980's. Gianni gave Franco the graphics of the helmet he was wearing, and the Petronas team rider decided to reinterpret it (with the help of Aldo Drudi) and wear it for the home race.

And that wasn't all. The helmet, which will be signed by both at the end of the race, has already been put up for auction on the Charity Stars website. With the proceeds raised, a Paxman Scalp Cooler will be purchased for the Oncology Unit of the Infermi Hospital in Faenza. This is a special helmet and medical device that fights hair loss caused by chemotherapy treatments.

The auction will remain open for 11 days, and you can participate by clicking HERE.

Morbidelli: “I tried to be different, to be my old self again”

Morbidelli: “I won’t get involved in fights that have nothing to do with me”

Morbidelli: “I saw a brighter light than usual today”

“Citizenship is the appropriate recognition for a champion who has chosen to live in Pesaro,” Mayor Ricci explained.
1 day 5 hours ago

Fabio fractured his finger in a fall during the Sepang GP FP4 and had initially decided to resort to surgery in the winter.
1 day 22 hours ago

This is the last act: the Suzuki Racing website closes. It is unclear why Suzuki does not want to turn it into a page commemorating the many...
3 days 7 hours ago