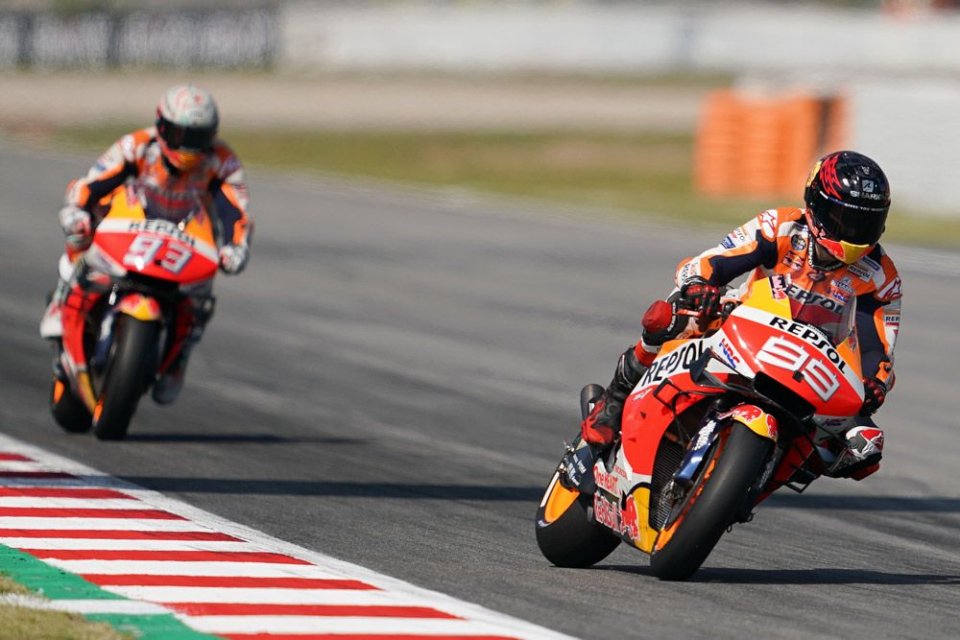 In recent weeks, Marquez hasn't missed the chance to shoot a few arrows towards the other side of the garage. At Mugello he silenced Lorenzo when he asked for an easier bike (“get in front before asking” he said), while today he didn't appreciate his team-mate holding him up during the third free practice session.

In Marc's opinion, Lorenzo should be penalised.

“it annoys me because when I did that last year, I was immediately penalised, first at Austin and then in Malaysia. They were right, because I deserved it” he tells Sky.

And something similar had already happened a few minutes earlier.

“The same thing happened with Mir, FP3 isn't a qualifying session but almost because it's valid for Q2. I was on a fast lap and we even touched" he complains.

It's a matter of principle for Marquez.

“Certain things can happen in racing, but the rules should be the same for everyone” he concluded.