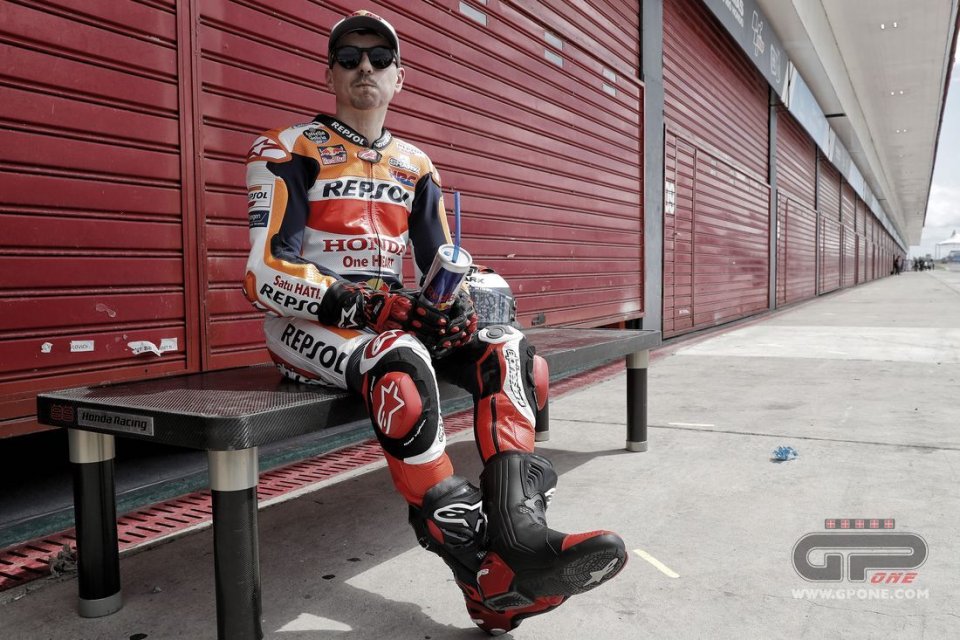 Jorge Lorenzo's seat is in jeopardy: this is the latest news at Le Mans. Although there has been no official statement from Honda, it seems more than idle gossip. So much so that the Majorcan has been asked about this apparent 'ultimatum' from Japan: either you improve your results or we'll find another rider for 2020.

“I know nothing, it's normal to hear gossip like this when the results are not positive” states Jorge.

No one expected Lorenzo to struggle so much on the RC213V and the Jerez GP, which was meant to be something of a launch pad, proved to be a total failure. Seeing the Spaniard so far back at his favourite track undoubtedly raised some doubts, whether premature or not.

“I can only say that no-one has spoken to me about an ultimatum, we've never even discussed this,” comments Lorenzo.

But if this is what the HRC bosses are thinking, then they are not showing much patience. Definitely less than Ducati did.

“I don't know if this is really the case. And it doesn't depend on me anyway. All I know is I have a two-year contract and we need to be aware that the adaptation process is long.”

The Majorcan is finding the wild RC213V tough to tame, and he'll need to modify it in order to have what he wants. Just look at Marquez's riding to understand the task he faces.

“The Honda is not a natural bike for me, for my riding style - he confirms - You have to brake late and throw the bike into the corner, you have to be reactive, I know that. But riding the Ducati wasn't natural to me either, it took me time, a lot of track time, just like now”.

The problem is that Honda is not always willing to wait.

“I haven't lost confidence after Jerez, I simply didn't get the results I expected. During Monday's test I tried a lot of different things and found a couple that gave me more confidence, especially on corner entry. Right now, I am taking every improvement as a win, because it brings me closer to my real goal - to fight for the win”.

No Fans at Washington Track Due to COVID-19 Restrictions. The Ridge Motorsports Park will be offering 2020 ticket holders the option to either...
18 hours 10 min ago

First weekend of racing for the 300 category that gave us two exciting and very tight races. Championship standings congested with Carrasco in 4th...
2 days 17 hours ago

Antonellini: “We knew we were in the wrong, and we were ready to pay a fine, the expulsion is excessive. I myself have seen Dorna's men without masks...
2 days 22 hours ago

The rising star of the MotoGP is a fellow citizen of the mayor of Nice, Estrosi, who received as a gift yesterday the Pernod with which he competed...
4 days 2 hours ago

"It's great to go back to racing after watching the MotoGP races. In the heat I had problems in the Barcelona tests so this morning I tried something...
4 days 17 hours ago

The technicians unsealed the engines without communicating it, the FIM Stewards recognized the good faith but still punished the team
4 days 22 hours ago