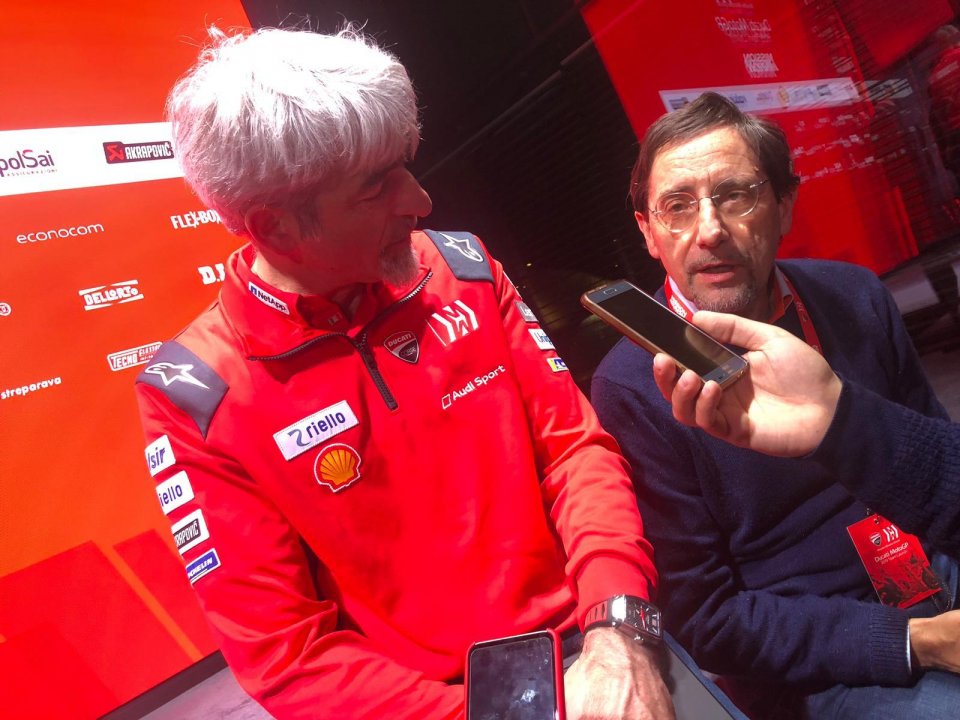 The title fight begins in Switzerland or, more precisely, at the Phillip Morris HQ in Neuchatel, where Ducati has unveiled its latest evolution GP19. A bike conceived by Gigi Dall’Igna, who in recent years has simply amazed, bringing the red bike to a point where it is fighting for the title.

Will the GP19 be the bike with which to beat Marquez and the competition? Dall'Igna does not give much away: “When I win the title I will have achieved the ideal bike”

There's no denying that since the engineer arrived in Borgo Panigale, results were quick to come, but in 2019 there will still be many aspects to bear in mind.

“We are starting from the same base, of course if we have to take a step back we do so, not only Ducati, but also everyone else”.

The red bike made an impact during the Spanish tests, but there are still two more tests to come.

“We won't know until we go racing, testing allows us to get a better handling on the engineering of the various components, but to have a general picture, we need to wait until round one at Losail”.

A race that was won by Andrea Dovizioso last year.

“In 2018 Dovi won, but at the final turn – he recalls - only there will we be able to see the improvements that we, and also everyone else, has made”.

The competition is more than ready, starting with Honda and Yamaha.

“Those who have to take the biggest step has a better chance of improving – analysed Dall’Igna - the Honda is definitely the bike that worries me most. Marquez is the rider to fear, I know Jorge well, he's not a rider but a champion as he himself says. We'll need to see how he adapts to the bike, but it will take him less time than it did with the Ducati. It's still too early to pass judgment anyway”.