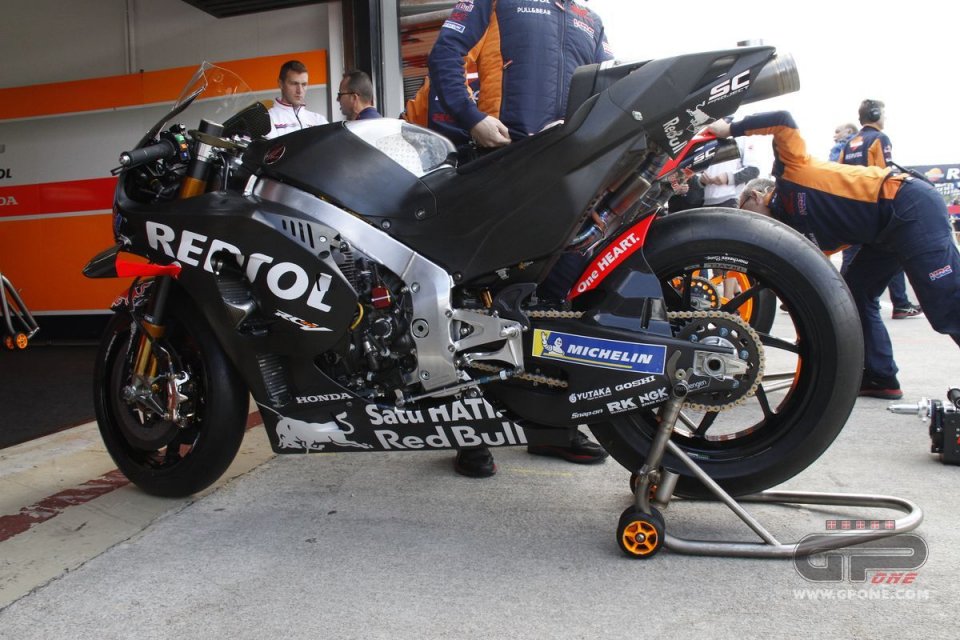 2019 has kicked off with new features and a large number of Italian riders (6) in MotoGP, something we haven't seen since 2008. The difference between then and now is that all of the current new-entries are potential frontrunners. So let's start with some good news, regarding Italy's very own Franco Morbidelli.

MORBIDO, A TOUGH COOKIE ON THE M1 - The satellite Yamahas may not be the best bikes in the bunch, but they are definitely an excellent training ground if the Italo-Brazilian has been able to climb on the M1 (with the bonus of having Forcada at his side) and turn it into a missile. Unlike some of his rivals, adapting to the M1 seems to be child play for him. Taking it to the limit is another matter of course, but he has plenty of time for that. Franco, dressed in Petronas colours, has received more attention in two days than in one year, while Yamaha has found a rider who, at least on paper, can well make up for Zarco.

ZARCO, THE SOFT TOUCH WITH KTM - Johann's story is quite the opposite of Morbidelli's. Used to the friendly M1, he has climbed on the "strangest" bike of them all, with its tubular frame and WP suspension. His first impressions were far from positive (“much worse than I expected” commented the Frenchman), the crashes a result of his lack of confidence.

BAGNAIA, POLITELY FAST - Thing were very different for Bagnaia on the Ducati (“everything's better than the Moto2”  he stated). The fact he closed little over 6 tenths from Vinales proves that the red bike has ironed out the sharpest corners of its character, allowing a rookie to compare favourably to the big names. Pecco did his bit, as did Mir on the Suzuki, who only missed out on a solid lap time. Compared to this pair, Oliveira e Quartararo fared less well. The former finds himself in the same situation as Zarco, with the minus of being a rookie, while Fabio appears to find himself among the heavyweights a little prematurely and will need time.

HONDA ALWAYS ON THE ATTACK - Valencia was also useful for those who already know their bikes, an opportunity to test new components for 2019. As usual, Honda filled the garage with new parts and Marquez, orphaned by Pedrosa and with no Crutchlow, took on all the development work without a complaint or even a mistake. Right behind the Tokyo engineers is Ducati, with next year's prototype already track-ready (especially the engine). Dovizioso is a sure thing, Petrucci, in his role as factory rider, just needs to loosen up a little but he can be helpful, with Miller who couldn't wait to tame what is almost a GP19. All is calm on the Borgo Panigale front.

YAMAHA IN THE FORD - And Yamaha? Optimists see the glass half full, pessimists are reserving judgment until (at least) Jerez. They had two brand new engines (developed on the base of the 2016 version) and this proves that they are hard at work in Iwata, but they are too similar to each other. “If I hadn't know, I couldn't have guessed"  commented Valentino in the garage, having tested the second engine. The main problem though, is that the 2019 version of the 4-cylinder does not resolve the 2018 problem of tyre degradation. It looks as if the Japanese engineers will have their work cut out over the winter.

TWO MISSILES MISSING IN ACTION - Two names are missing: Lorenzo and Iannone. The former, choosing not to speak to the press, remains the mystery of the Valencia test. It's a known fact that the Honda is not an easy bike on first approach, but Jorge is also still carrying a wrist injury. Which of these is to blame for the Majorcan's lackluster performance we do not know. On day two, he definitely took steps forward, but never shone. Andrea, on the other hand, did speak out, though his words were inscrutable. He likes the Aprilia's agility and gearing, his comment about the RS-GP inside the garage was: "i expected worse”. In addition, there were two crashes and mediocre lap times .

He tells of the horrendous crash in which he nearly lost his life and recounts tales of gangsters, glamour models and glory in one of the most...
1 hour 33 min ago

VIDEO - The two brothers will wear special graphics to show their solidarity at this time. Helmets, gloves and boots will then be auctioned off for...
22 hours 39 min ago

The Dutchman: "In the afternoon I had some problems with front end confidence"; Razgatlioglu: "Too many things to try confused me; my head is...
1 day 10 hours ago

The Circuit of the Americas has made it official: no US race for this year
1 day 12 hours ago

The young rider was transferred to a ward at the Meyer hospital in Florence. She fractured her pelvis at Mugello during the first CIV test but will...
2 days 22 hours ago

Upon authorization, highly skilled sportsmen and workers will be allowed to cross borders
3 days 17 hours ago