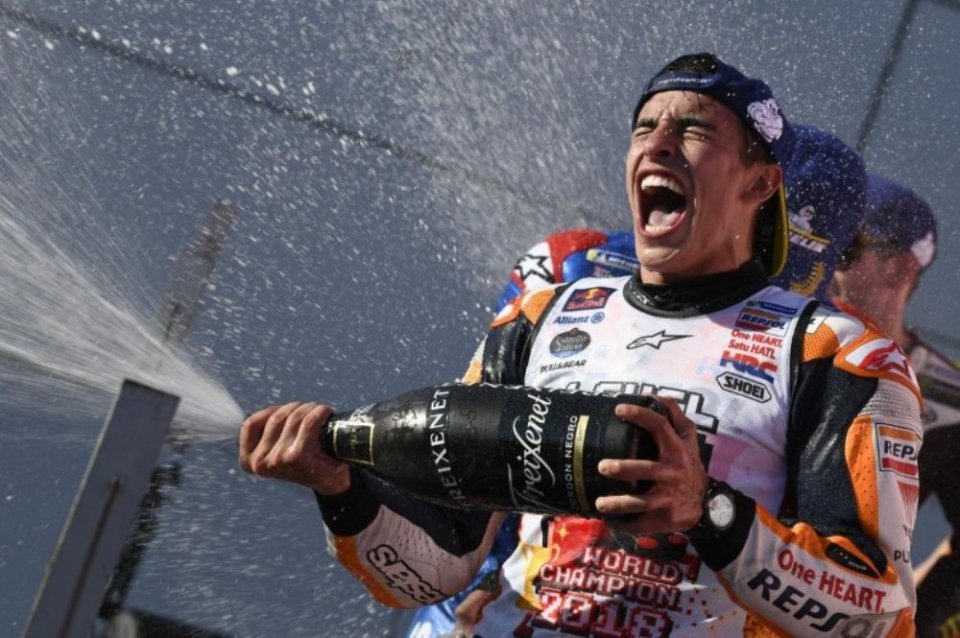 What a performance Marc Marquez! The Spanish phenomenon has written another page of championship history at Motegi, securing his seventh world title. He did so in the best possible way, or rather by winning after a thrilling head to head with Andrea Dovizioso, the Italian unfortunately crashing out. During 2018, Marc has further raised the base, here are the stats regarding #93's career thus far.

- The Honda rider is one of eight riders to have won seven or more titles, successful across all classes. The others are John Surtees (7), Phil Read (7), Carlo Ubbiali (9), Mike Hailwood (9), Valentino Rossi ( 9), Angel Nieto (13) and Giacomo Agostini (15).

- As of today, Marc is the youngest rider to have won five titles in the top class, at 25 years and 246 days, beating a record that belonged to Valentino Rossi, at 26 years and 221 days.

- Marquez is one of four riders, along with Mick Doohan, Valentino Rossi and Giacomo Agostini, to have five or more titles in the reigning class.

- The Spaniard has won all five titles with Honda, just like Mick Doohan

- In the last nine years, Marquez has scored at least 5 race wins each season. He is the first rider to do so in 70 years of world championship history.

- With eight race wins, the Spaniard has won more races than anyone else this season, as well as scoring the most podiums (13) and pole positions (5).

- Speaking of pole positions, he has achieved a total of 78 during his career. 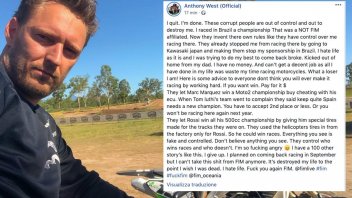