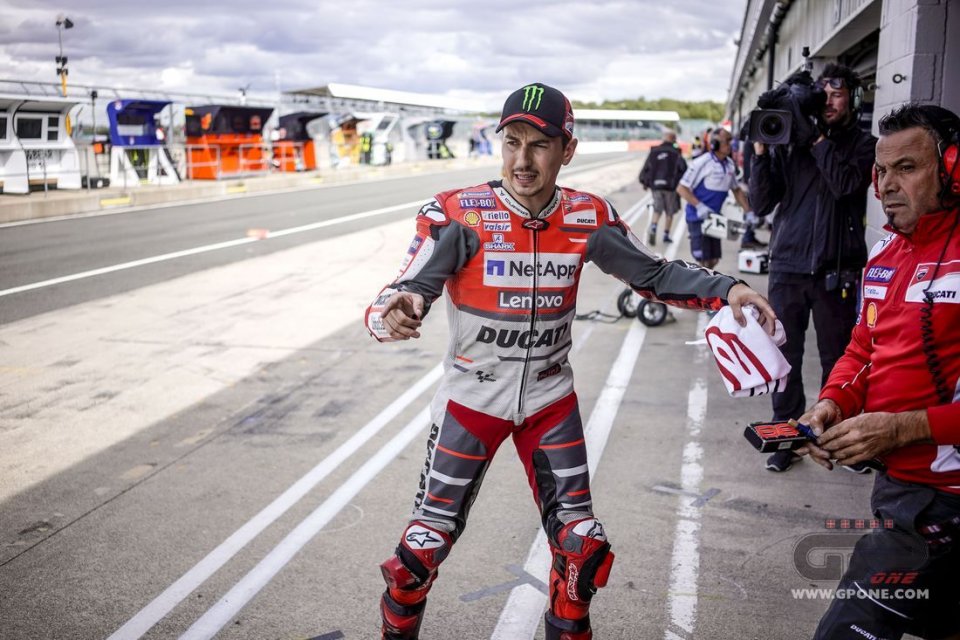 Race Direction summoned Lorenzo to examine the footage of the misunderstanding with Petrucci in FP2. Danilo had complained, accusing the Majorcan of not paying attention when entering the track from pit lane. The footage, however, exonerated Jorge who, according to the FIM Stewards, was travelling at a speed that was deemed not to have been dangerous.

“I was going at the speed needed to bring the tyres up to temp. I don’t understand what Danilo was on about - Lorenzo explained - On the track I did not notice anything, then I was scared when I saw the images: he missed me by maybe a half a centimetre. If he had hit me, he would have sent me to the moon. There are always two versions. Petrucci probably blames me like he has many times.”

In FP2 he also had a misunderstanding in the garage due to a less-than-perfect signal on where to stop when pitting.

“We simply misunderstood one another - he said dismissively - The indications were lacking, but we’ll sort everything out for tomorrow.”

An important day for Lorenzo, who still needs to sort the final details on his Desmosedici.

“Today was complicated - he explained - We had great expectations for the new asphalt, but instead they did not improve anything. There is less grip and there are more bumps. In fact, we all lapped at relatively high times. Plus, I was coming from the tests in Misano, a smooth track with lots of grip, and it took me a bit of time to find the right direction to go.”

In the end, Jorge did the 5th best time at about 4 tenths from Dovizioso.

“It reflects my current situation. I am still losing too much in some braking sections - he admitted - But I made progress compared to the morning and if we lap on a dry track tomorrow I am sure that I’ll be able to take another step forward.”

Then we’ll have to see what the skies decide to do for the race.

“I am naturally hoping for a dry race, but especially that it won’t be a flag-to-flag race. In the wet, on the other hand, I think we can be competitive” he concluded.