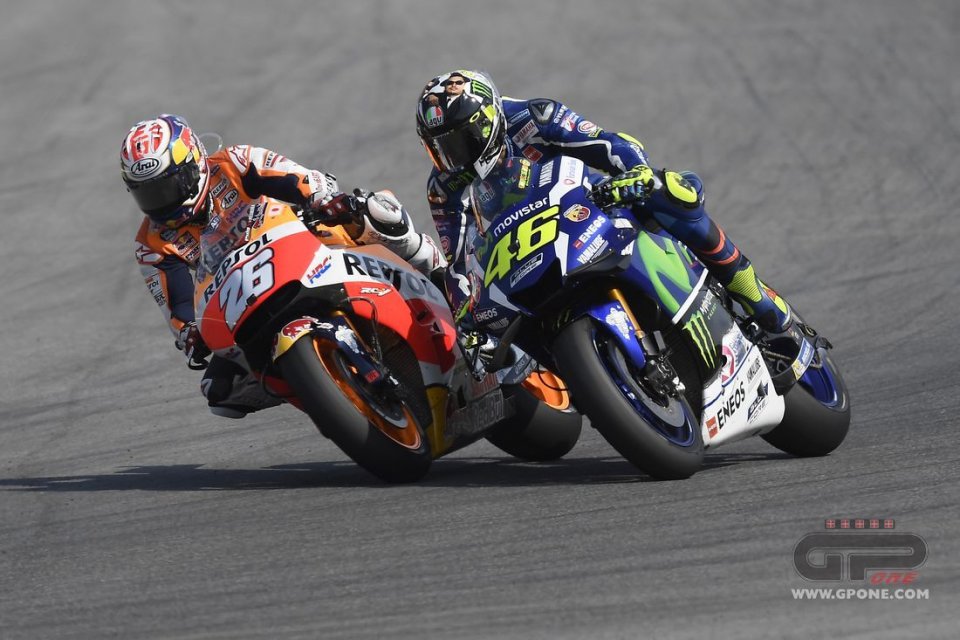 “Dani Pedrosa is the strongest rider never to have won a World Championship and he deserved to win at least one title.” With these words, Valentino Rossi paid tribute to a rider with whom he has often duelled during his career. A tough adversary, but one with whom there was always reciprocal respect.

The news of his retirement caught the Doctor off guard.

“It is a real pity for MotoGP to lose one of the best riders in recent years - he said - I sincerely did not expect it. I thought and hoped that he would carry on racing. He changed his mind and things went differently.”

Pedrosa has been a rider from whom everyone has learned, even the super champion.

“He has always been a very technical rider with a clean riding style - he explained - I always liked following him on the track. He was one of the first to introduce the technique of standing the bike up quickly coming out of corners and he continued to improve over time.”

Dani, however, was not just a super fine rider.

“He was a great battler - Valentino pointed out - His size could have been a limitation in MotoGP, but he managed to be incredibly fast. I am sorry that he is retiring, but it is his personal choice and you can’t talk about right or wrong in these cases: he simply felt like this is what he had to do.”

Rossi had hoped to find him as an ally in the Yamaha camp in the coming years, on the satellite team.

“It would have been important to have him on the same brand - he stated - Of course, there would have been pros and cons because a fast rider like him could have beaten me, but on the other hand, thanks to his vast experience on the Honda, he would have been able to provide us with useful information on the M1.”

However, there is a possibility, although a bit improbable, of collaboration: as a teacher in the Doctor’s Riders Academy.

Rossi smiles: “He would be a great teacher! But I don’t know if he would want to come to Tavullia to work with us.”