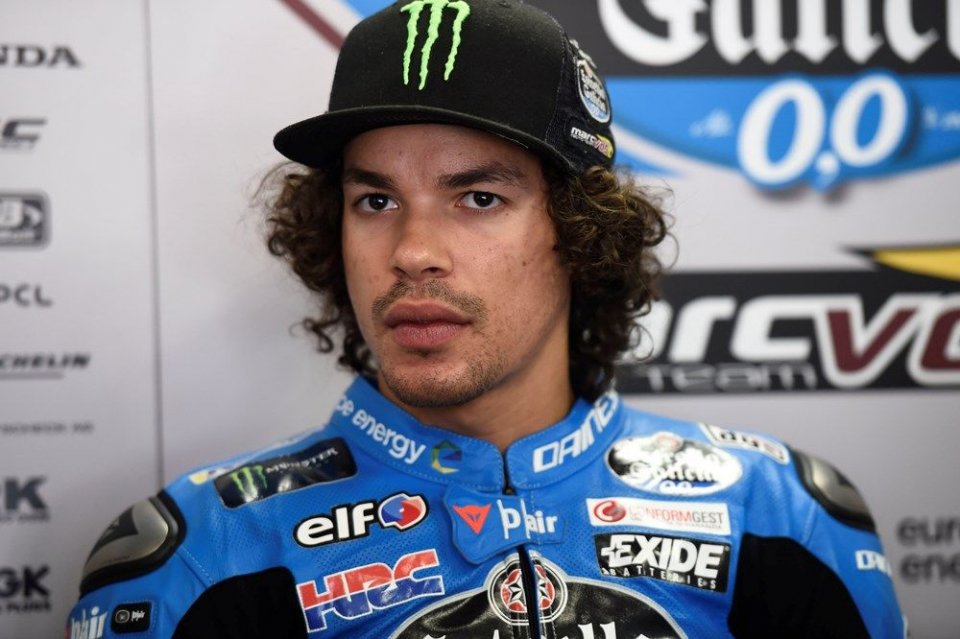 A two-sided Friday for Franco Morbidelli at Assen. In the morning, the Marc VDS rider closed FP1 inside the top ten, while in the afternoon he had a few difficulties which saw him finish down in twentieth position. The spotlight is on the track action at Assen of course, but also on the market.

The rumours persist regarding a possible Morbidelli move to Yamaha along with Pedrosa on a Petronas-backed team. Yesterday, Rossi touched on the possibility of the young Italian riding the M1.

“I don't know what to say about that. Valentino is always very sincere. Right now, I'm not thinking about my future, but I hope to be fast and to stay with him”.

He then talks about the track action.

“We started out well, before struggling in the afternoon, so we need to sort out our ideas and see how competitive we are tomorrow. The pace was definitely better this morning, then in FP2 we had some difficulties with the bike”.

He touches on the tyres.

“As I've said, we need to reorganise our ideas, though I think the medium tyre is the best in terms of performance. I still need to test the hard tyre of course, and evaluate its behaviour with the front”.

The gap to the Hondas of Crutchlow and Marquez is consistent, and Franco doesn't hide the fact.

“In MotoGP development progresses rapidly each year, we see that we have to fight against bikes from the current year., not easy on bikes from the previous year. I was almost a second and a half from the fastest Honda today, not a massive gap but I'm well behind. We'll see what we can do in FP3 and what the sensations are like”.

The official announcement came today. The rider from Ascoli: "I have no expectations other than to return to a serene and clear climate inside the...
13 hours 12 min ago

This is the first MotoGP pole for Honda since Pol Espargaro at the British GP last year (21 races), ending the longest sequence of successive premier...
18 hours 7 min ago

“We want to thank the entire paddock and especially the Suzuki team that helped us rebuild the garage. We’re ready to start the Japanese GP.”
23 hours 19 min ago