The rivalry between Valentino and Marquez has seen the motorcycle fans split into two sides, but this is certainly nothing new in the world of sport. In one sense, it's a positive because it ignites the competition but there are certain limits that shouldn't be exceeded.

This is how Wayne Rainey sees it, a rider who in his day was often to be found battling it out with Kevin Schwantz. Now that he's responsible for the running of the MotoAmerica championship, he finds himself having to control certain situations, like last season's fireworks between Elias and Beaubier.

“Every day someone asks me about my rivalry with Kevin Schwantz - Rainey tells Cycle World - That was very real. I think having a rivalry—one that the fans can get behind their favorite rider and root against the guy who they don’t like—is important. But most of all, you have to show respect to your rivals on the track. Off the track, you can say what you want, but on the track, you’ve got to go on to the next race.

Racing is racing. When it’s going down to the last lap, into the last turn, and you’re both side by side, one guy is going to lean on the other and the other one is going to try to take that spot. There’s going to be contact. But you don’t go in there, “I’m going to try the pass. I hope I can make it.” I don’t think that ever happened with Kevin. We hit each other hard enough where we both went off the track. There were times we had words with each other, but I don’t think it ever went beyond that." 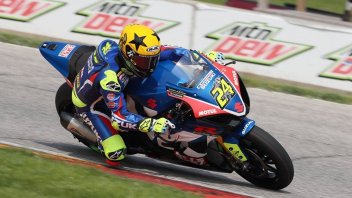 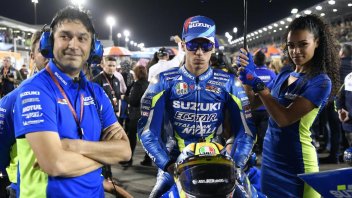 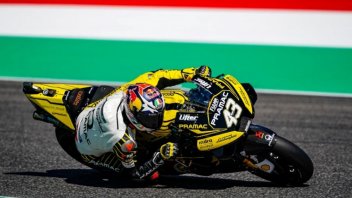 An embarrassing moment for Audi Formula E driver Daniel Abt who, during the virtual race in Berlin, had an eSports professional race in his place:...
10 hours 18 min ago

Rainey: "With the way things are in California right now, there is no way we can race with spectators at Laguna Seca in July ". The series is set to...
2 days 18 hours ago

The round scheduled for the Circuito do Estoril from the 4th-5th July would go ahead as planned and become the season opener, to be followed by the...
5 days 23 hours ago