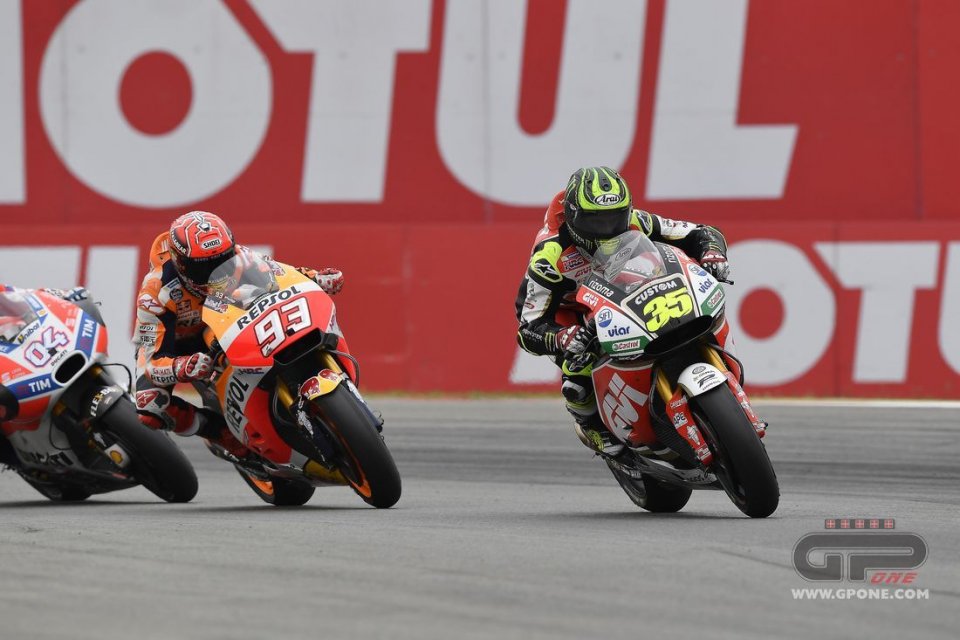 A few weeks ago, we published the comments of certain MotoGP factory team managers, reluctant to look for riders among the SBK ranks. The main reason they give is that it's easier to follow the evolution of a rider racing in Moto2 or Moto3 than one who races in another championship.

An opinion to be respected, but one that is not backed up by the figures or stats. In his blog, Martin Raines gives “scientific validation” to this theory in a very interesting article.

In other words, Raines has compared the results achieved in MotoGP by riders who moved over from SBK, winning a title, to those who have progressed from Moto2 and/or Moto3 having won at least one race in the minor categories.

The stats tell us that the SBK riders have a total of 346 race starts, with 2 race wins (equating to 0.6% of those run) 23 podiums (6.6%) and a best overall result of 4th in the championship, thanks to Colin Edwards.

Meanwhile, the riders who moved up from the minor classes have 784 race starts, 41 wins (5.2% of the total races run by the group), 89 podiums (11.3%) and, naturally, considering that Marquez is part of the group, they can also boast title wins.

But it is precisely this Marc factor that swings the balance. He's not exactly like other riders and his figures alone are enough to outdo his SBK colleagues. Rainer therefore did the same again but eliminated Marquez from the calculation, updating the final positions considering his absence.

The results are not as different as you might think and the SBK contingent could have done even better if we were to include Cal Crutchlow. He may not have won a title in SBK but he is the strongest rider to have come from that category, with 4 wins and 13 podiums to date.

We have therefore updated the classification considering Crutchlow's results and, in doing so, the production-derived gang moves even closer with 0.8% of wins and, particularly, 7.6% of podiums.  If we're going to be completely honest, we should also add the results of other SBK riders who haven't particularly shone in MotoGP (such as Baz) but we'll stop here.

These stats don't pretend to have any scientific value but they do go some way to proving that SBK riders don't fare badly… if we exclude Marquez from the comparison. Perhaps this is the key point, in that up until now the production-derived series hasn't produced a phenomenal rider, but only some great riders.

Great riders who nevertheless struggle to find space in the reigning class, also because the various figures of Bayliss, Hodgoson, Toseland, Edwards and Spies belong to the previous generation of riders. It is therefore understandable if the managers of factory teams are reluctant to fish blindly from the SBK pool, preferring to choose one of those open books in Moto2 or Moto3.

Sometimes we simply cannot explain it all with numbers.