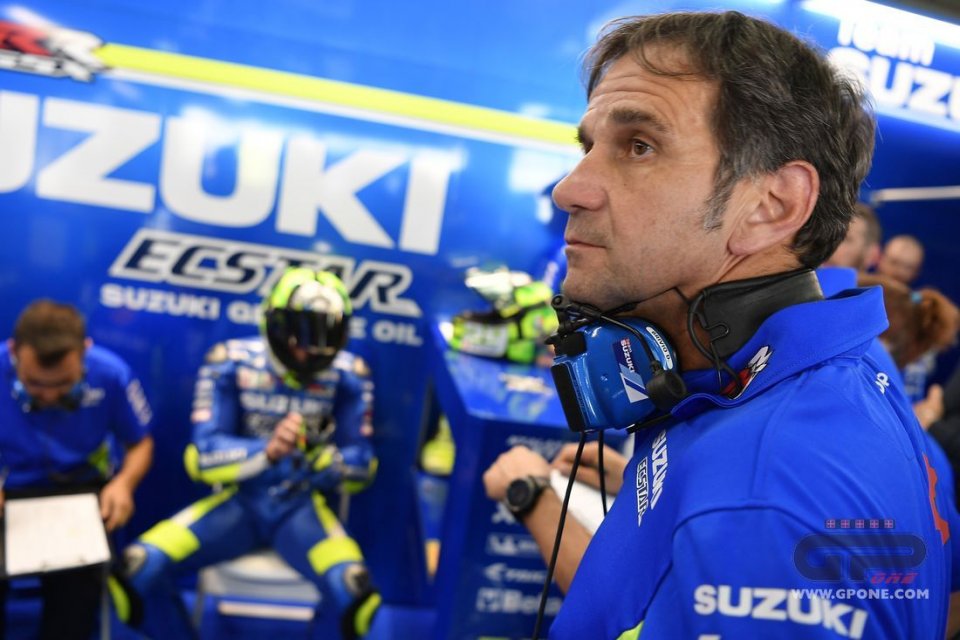 Andrea Iannone is one of those people who always finds themselves at the centre of attention, for better or worse. This time it's the British press who are taking an interest, with MCN writing about a possible substitution in the Suzuki camp, with Rea replacing Iannone.

On paper, Dorna may be in agreement, keen to remove a serial winner who is killing the SBK show and place him in MotoGP, in the hopes of also making the GSX-RR more competitive at the same time.

This would be a possible reasoning, despite both Jonathan and Iannone having already signed contracts with their respective teams for 2018. Agreements are made to be broken, as they say, but this doesn't seem to be the case here.

We spoke to team manager Davide Brivio who, having heard the rumour, jokes : “this is probably the hope of the British fans who'd like to see Rea in MotoGP”.

He goes on to say: “we've never even mentioned breaking the contract with Andrea. I don't see how this change is possible, in fact it's not even conceivable”.

In truth, it could be, because Iannone's contract carries no penalty in the case of a split but Brivio really wanted Andrea and still wants to achieve the goals they set out. It's also true that the Italian's season is falling well below expectations.

“I think that up until now we've not yet seen the real potential of Andrea and the Suzuki - says Davide - We need to make sure that this pairing works better, because Iannone is a very talented rider and at the same time the bike has its strengths”.

There is no answer other than to continue to work in order to make the marriage work.

“We are doing all we can to adapt the bike to Andrea, taking his advice, and he must also do his bit. We need to harness the potential, I know we have to continue to work but I don't know how long we will need” concludes Brivio.

There are five more races in which to cement their future together.