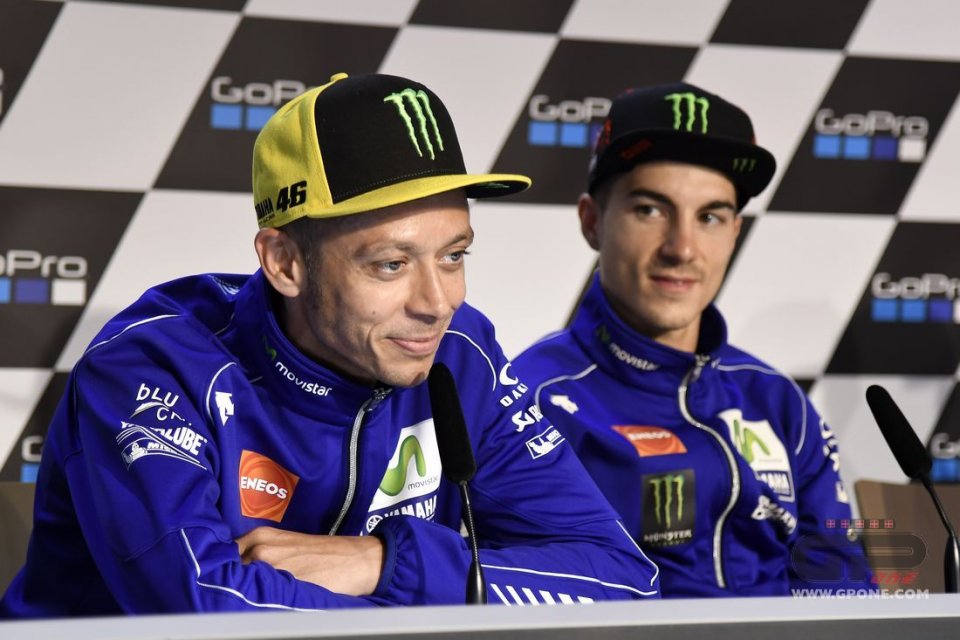 “At the bar they were happy, they didn't even say it was about time I won a race. I can relax now for a few months, though I shouldn't wait that long again before the next win”. At the Sachsenring Valentino jokes after his Assen victory, having revealed that his mates at the bar kept pointing out that it was high time he won a race.

In Holland he did just that and the championship standings are not smiling on him too.

“In a championship like this, every race is important, but this one a little more so as it's the last before the summer break. Doing well here would help me go on holiday in a relaxed frame of mind”, says the Doctor.

Four riders within 11 points…
“It means you can't have any kind of strategy, all you can do is give it your all each week”.

Don't you also have to be a little tactical?
“It's still early, but you definitely have to try and avoid making any mistakes. it depends how you feel in that precise moment on the bike, like at Assen, where I felt I could take a risk, while perhaps Dovizioso was less able. You need to be good at understanding whether it's the right day or not”.

It's a crazy season…
“Just take Pedrosa for example. At Assen I was behind him in the standings while now it's the opposite. This means that Dani too is still in the mix, in fact already tomorrow he may be back to being one of the main contenders, he's always been strong here”.

Marquez too.
“he and the Honda have dominated here in recent season and I'd like to be up there with them. This is a totally different track to Assen, usually more difficult for us, it's will be important to understand if we can be competitive”.

You'll have only one frame here too....
“Yes, before Brno it wasn't possible to have two, a problem if there is a flag-to-flag race with a bike change of course.  So I also have to use the old frame, to make comparisons and to be ready in case I have to use it”.

There's another unknown - the new asphalt.
“We can't say anything yet, it will be a big surprise for us all, Michelin too, as they couldn't arrange a test before the race. Let's hope they've done a good job, like at Le Mans”.

It could be a good battle, like Hamilton vs Vettel at Baku?
“When you fight one on one, and the two riders/drivers are so different, certain clashes will happen. I liked it, that's what's great about sport”.

Lin Jarvis: “Is the World Championship over? No, remember what happened to...