The death of Nicky Hayden has left a huge void in the world of motorcycle racing. Last Saturday at Donington, the Superbike championship honoured his memory with a moment of silence an hour before the Race 1 start. His Honda Fireblade SP2 and his helmet were there, surrounded by an emotional crowd of riders, teams staff and numerous fans.

However, the initiatives to commemorate number 69 did not end there. Indeed, because Nicky Hayden also left an indelible impression on the World Grand Prix Motorcycle Racing Championship. Who can forget the 2006 title he won in Valencia? Now that the World Championship is headed to Mugello, for the occasion Dorna has decided to place all the bikes the American rode in MotoGP on display.

In fact, we remember him astride a Honda as well as a Ducati and the Aspar satellite team bike before he moved over to ride a factory derivative bike at the end of 2015. In addition to the MotoGP bikes, the CBR1000RR SP Fireblade and latest generation CBR1000RR SP2 Fireblade that the American rode in the last two Superbike seasons will also be on display.

But there is more: Nicky was also a Flat-track star, a discipline where he took his first competitive steps. For this reason, it would seem that at Laguna Seca, on the occasion of the eighth SBK round, he will be honoured in typical American fashion: a teammate will do a reverse lap, carrying his number and a chequered flag.

No one will ever forget Hayden and we would like to see an award named for him – one that would last throughout the times – rewarding good sportsmanship. 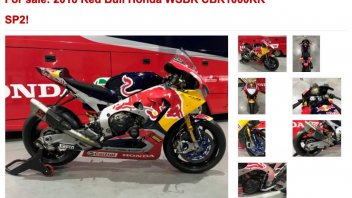 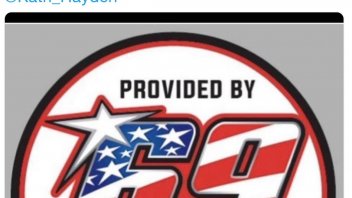 Dorna signed from 2022 to 2026. The Ricardo Tormo circuit will alternate with the others on the Iberian peninsula but will remain the last race of the year.
1 day 3 hours ago

VIDEO - A challenge of reflexes between Red Bull Motorsport athletes, with Verstappen, Gasly, Albon and Kvyat who challenged Pol Espargarò
3 days 22 hours ago