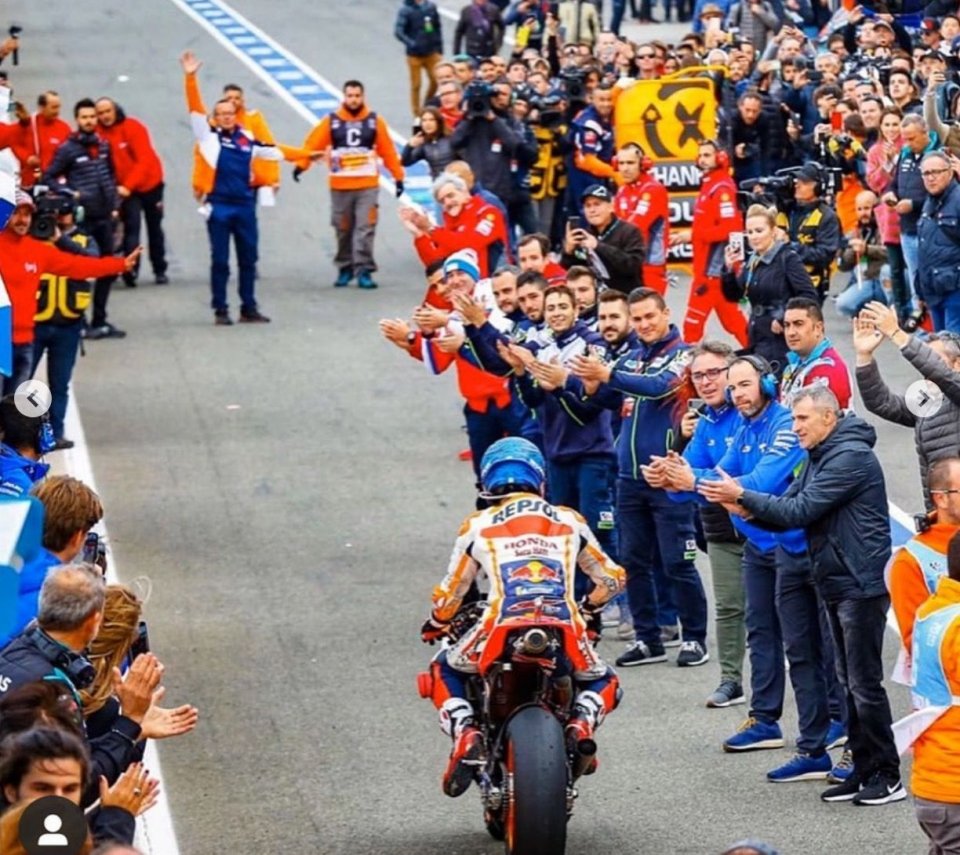 As the last hours of 2019 tick away, we wonder what we should expect next year from the two major motorcycling championships: MotoGP and Superbike.

There are indisputable questions, and these involve the two protagonists of the respective championships: Marc Marquez and Johnny Rea.

Who'll be able to beat them? Dovizioso will again be Marc's rival, or Fabio Quartararo finally with an official Yamaha, albeit still with the Petronas colors. Or it'll rather be Mavericks Vinales' year.

And finally: when will Valentino Rossi decide on his future?

For the Superbike, predictions are even more difficult, but the questions are essentially two: will Scott Redding be able to inherit what good Alvaro Bautista has done with Ducati and start from there, and how will Alvaro act with his new Honda CBR 1000 RR-R?

We're curious, but these aren't the only questions we're asking ourselves. We instead want to reveal that our perspective is more lateral and perhaps less obvious.

For example, we think that Ducati is preparing several surprises for the premier class because, after all, it's the team that, in view of the 2020-21 two-year period, has to roll up its sleeves the most.

That's why we expect a very aggressive policy on the riders market from Gigi Dall'Igna, but not only with the names that have already been mentioned, Vinales and Quartararo, but also with those that have never even been pronounced.

For example, what would you say if General Gigi made the kill to hire Jorge Lorenzo as a test rider? The Desmosedici GP20 would certainly benefit. That's true. Everyone now thinks the agreement between Lorenzo and Yamaha is a done deal, but is it possible that Ducati is missing out on this opportunity?

As far as the Superbike is concerned, we're very intrigued by Honda's return, which has even decided to introduce the team to its home in Japan, Tokyo. A demonstration of how much it believes in the project, don't you think?

True. Its rivals, Kawasaki and Ducati, have well-tested structures and riders with very reliable bikes, but do you remember how the 2002 World Championship ended, won by Colin Edwards in that beautiful final duel against Troy Bayliss?

What if it ends up the same way?

In short, what is most obvious is not always what will happen, don't you think?
In the meantime, we're counting the days until the hostilities start again. It won't be long now. The tests in Sepang are close.