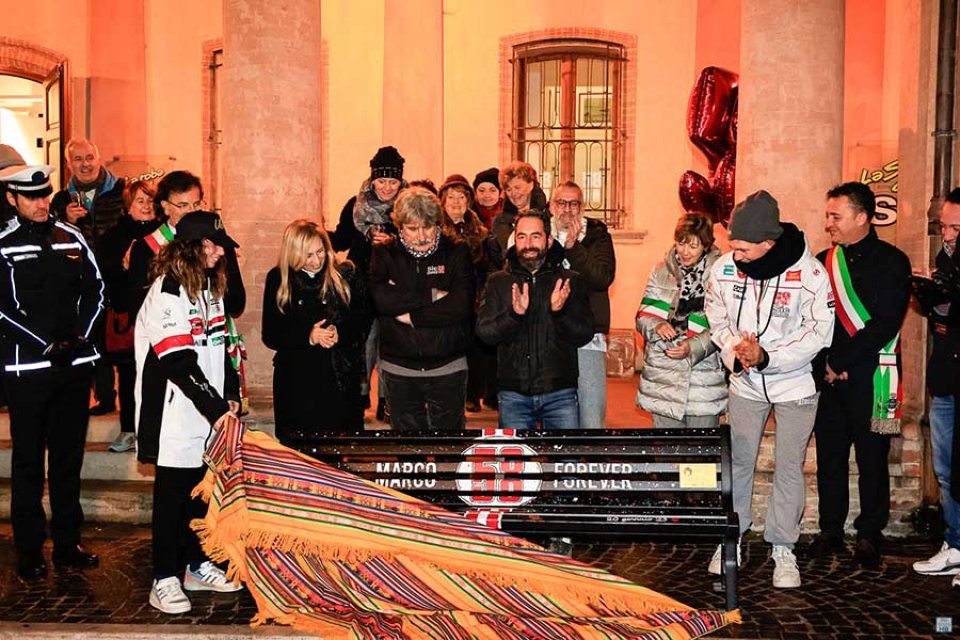 A bench made by the boys of the Festa x Far Festa group was inaugurated in Coriano on his birthday when Marco Simoncelli would have turned 36.

The bench "Sic58" will be placed in the pedestrian street of the town, a few meters from the church steps and the white marble curve named a few years ago after the unforgettable champion, participated with Sister Letizia some boys from the community of Montetauro, In the presence of the Mayor of Coriano Gianluca Ugolini with Senator Domenica Spinelli, the Mayor of Riccione Daniela Angelini, the Mayor of Misano Fabrizio Piccioni , Paolo Simoncelli and a delegation of the Moto Club Misano .

A Loris Capirossi-designed Supercar: here is the FV Frangivento GT65